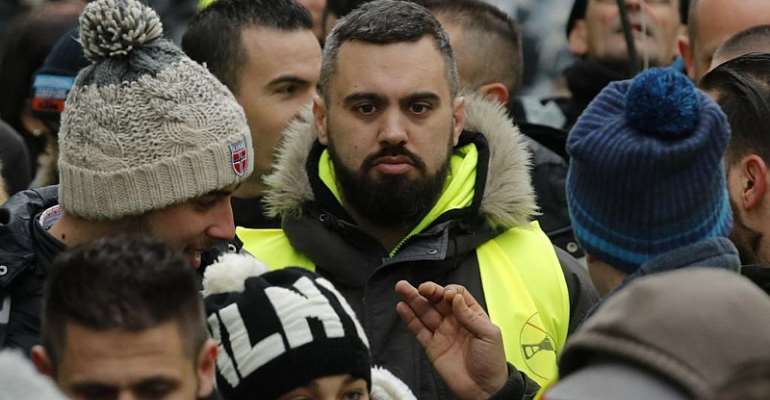 A Paris court has handed a suspended 500 euro fine to Eric Drouet, one of the primary figures of the Yellow Vest movement, who was found guilty of bringing a type of baton in his bag during a protest.

Drouet claimed it was a simple “piece of wood” while the prosecutor called it a “truncheon”. The 34-year-old driver, from a nearby Paris suburb, was arrested last December during a Yellow Vest protest in Paris for carrying an object "intended for a violent purpose".

Although acquitted of carrying the object to inflict violence, he was given a suspended fine of 500 euros for carrying a prohibited Class D weapon.

The prosecutor had previously called for a four-month suspended sentence and the fine.

Drouet had said that there was no violence during the protest. He said that he had forgotten the wooden object, a souvenir from his father, which was in his backpack that he regularly takes to work.

He was not at the deliberations.
His lawyer Cheops Lara was pleased with the partial acquittal that cleared him of violence, but said that he would still be appealing the baton conviction.

This was not the first time Drouet had been before the court -- he was slapped with another fine in March for organising protests without a permit on 22 December and 2 January.

Out of the 2,000 euro fine, 500 euros was suspended. He appealed the decision, saying he was not an organiser.