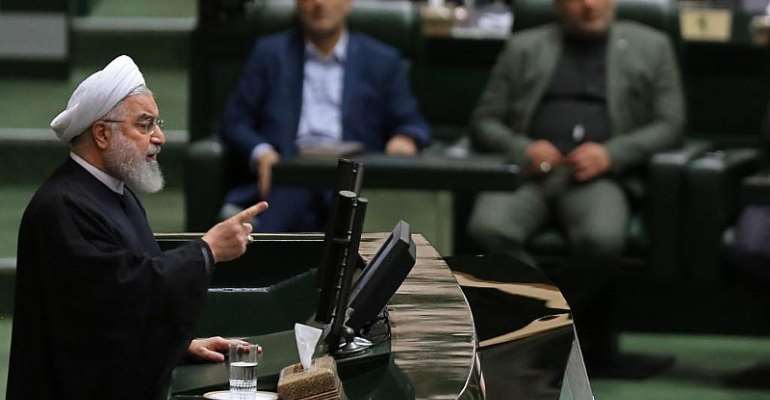 Iran is unclear on whether it will accept France's proposal to extend a line of credit to help it sell its oil abroad and revive its economy, the presidency has said, ahead of a weekend deadline to continue to comply, or not, with the 2015 nuclear deal.

Iranian President Hassan Rohani reiterated a threat that Tehran would accelerate its nuclear activities if Europe fails to provide a solution to Iran's economic problems, calling it Iran's third and "most important step" away from the deal.

"Iran's third step is of an extraordinarily significant nature," Rohani said, without further detail. The announcement could be made by Thursday.

Iran has been engaging in talks with France, Britain and Germany to save the nuclear agreement that has been unravelling since US President Donald Trump withdrew in May last year.

Under the agreement, Iran agreed to limit its enrichment of uranium in exchange for the lifting of economic sanctions. But US sanctions imposed after the withdrawal have curbed Iran's oil exports and hurt the economy. Crude oil sales have plummeted by more than 80 percent under the sanctions.

As a result, Iran has taken steps away from compliance, though it insists it remains within the framework of the deal.

French President Emmanuel Macron is leading talks seeking relief for Iran, and has offered about $15 billion (13.6 billion euros) in credit lines until the end of the year if Iran comes fully back into compliance.

Once senior Iranian official said Iran would comply if it got that amount in credit lines or oil sales, while state-run Press TV said Iran had rejected a proposal for an EU loan of that amount.

Deputy Foreign Minister Abbas Araghchi went to Paris and elsewhere in Europe, while Foreign Minister Mohammad Javad Zarif travelled to Moscow to press for a solution. But little appears to have come out of the trips.

"I see that it's unlikely a conclusion will be reached with Europe today or tomorrow," Rohani said, indicating that after Friday's deadline expires and Iran takes the next step, another two-month deadline will follow with the aim to resume talks.