W/R: Five out of six bodies retrieved from galamsey pit 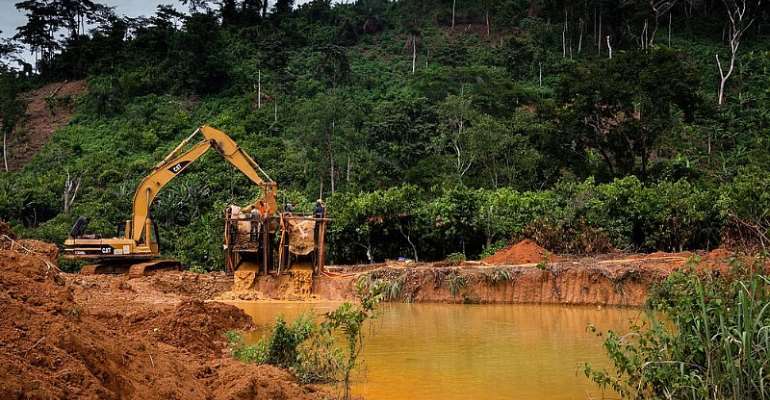 Five out of six galamsey operators who died when a pit they were working in collapsed on them at Atansi-Manso in the Mpohor District of the Western Region have so far been identified with the sixth person yet to be known.

The Western Regional Director of NADMO, Abdul Ganiwu, speaking to Citi News after the bodies of the six were deposited at the Effia-Nkwanta Hospital mortuary in Sekondi said, the ages of the five identified range between 21 and 24 years.

Last Thursday's galamsey accident at Atansi-Manso in the Mporhor District of the Western region took the lives of six young men.

The five identified out of the six deaths included James Ackah, aged 23, Stephen Obeng, 24, Alex Appiah, 24, Kojo, 21 and Yaw Sarfo 24 years with the last yet be known.

The Western Regional NADMO Director, Abdul Ganiwu, told Citi News the incident was kept a secret out of fear thus the bodies were even retrieved before the police got to the scene.

The Western Regional NADMO Director who confirmed to Citi News that the site is not licensed agreed to the rumours that there is a widespread breach of the ban on illegal small scale mining.