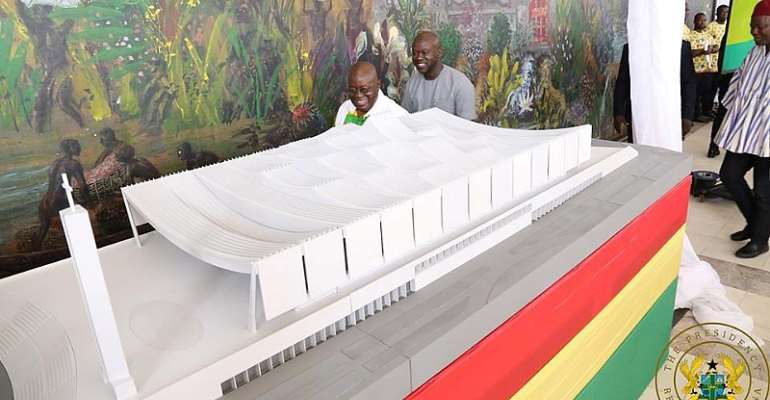 A businessman, Jonathan Holm is appealing to the Supreme Court for an order to commit the President, represented by the Attorney-General and Minister of Justice, for Contempt of Court.

The suit also enjoined the Lands Commission as Defendant/Respondent.

Mr. Holm, represented by Mr Bright Akwetey, argued that the demolition of government bungalows on the site earmarked for the construction of a National Cathedral was unlawfully done because the issue relating to the construction of the edifice was pending before the Supreme Court.

He in his writ insisted that the demolition brings the administration of justice into disrespect and is in violation with the Presidential Oath of Office.

He said the respondent has also acted in disrespect to the authority of the Supreme Court and had willfully interfered with pending litigation in a manner likely to prejudice a fair hearing of the case.

“The respondent has also acted in violation of the Constitution and the laws of Ghana,” he added.

Mr Holm had already sued government over the National Cathedral project seeking a declaration that the land designated by the President for the construction of the Cathedral was compulsorily acquired solely for residential purposes for public officers.

He insisted the purpose of the land could not be changed to accommodate the Cathedral.

He is seeking “an order of perpetual injunction to restrain the President and the Executive from appropriating the land under reference for use to construct a Cathedral in violation of Article 20 (5) and (6) of the Constitution and in breach of the trust expressly created by Section 3 of the Public Lands Ordinance, 1876 (Cap. 134) and Article 257 (1) of the 1992 Constitution in respect of lands compulsorily acquired for stated public purposes.”

The plaintiff is also seeking an order confirming that the original public purpose for which the land was compulsorily acquired by virtue of the Certificate of Title dated November 29, 1910, is still valid.

The lawyer in the contempt suit said, he filed a statement of case in support of his earlier writ dated December 6, 2018 and both processes were served on the A-G and the Lands Commission.

“That the matter has been, and it is still, pending before the court,” he added.

He said the conduct of the government in having the bungalows demolished during the pendency of the suit constitutes a brazen disrespect for the Constitution and the laws of the country and undermines the authority of the Supreme Court.

Mr Akwetey in the writ said the National Cathedral was a private project conceived by the President and it was not a public purpose or a project in the “public interest” as known to the Constitution of the country, because the sod-cutting ceremony for the Cathedral was performed at the site unlawfully chosen for the construction of the said Cathedral before the President was sworn-in at the Black Star Square as the President.

He also said that any project to be constructed on any public land must be a project in the “public interest”.

He said according to the Constitution any project in the “public interest” must be a project that inures to the benefit generally of the whole of the people of the country.