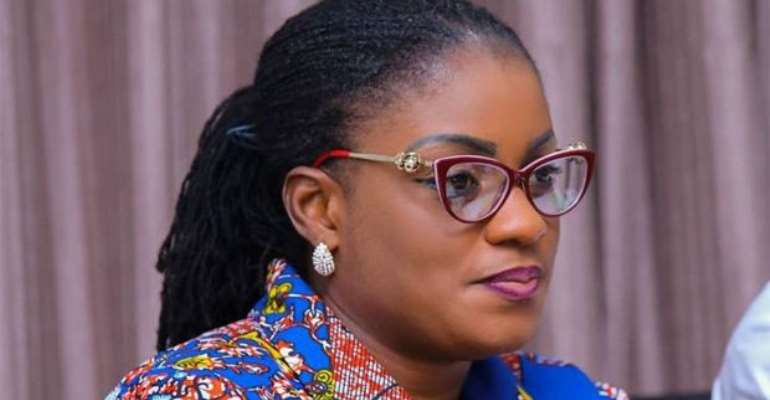 Government has described as false the claim by some aggrieved residents of Elmina that it should be blamed for the woes of GN Savings and Loans Limited.

In a response letter dated August 25, 2019, signed by Nana Ama Dokua Asiamah-Adjei, Deputy Minister of Information headlined “Re: Press Conference by Elmina Residents”, Government stated that “the claim made by the organisers of the press conference that the woes of GN Savings and Loans had been caused because Government had failed to honour its financial obligations to GN Savings and Loans is completely misplaced. Indeed, as at 6th August, 2019, Government's indebtedness to GN amounted only to GH¢30.33 million. An agreement has, indeed, been reached between the Ministry of Finance and GN to settle this debt. However, even when completely settled, it will still not address GN's capital deficit of GH¢638.66 million.”

Noting also that the Akufo-Addo administration had nothing to gain from the closure of a company belonging to a Ghanaian, government said the deliberate attempt to draw in government and President Akufo-Addo into the insolvency problems of GN Savings and Loans and others was totally unwarranted, unfortunate and without substance.

It explained that since assuming office in 2017, the pre-occupation of President Akufo-Addo has been to incentivise the Ghanaian private sector to be able to compete effectively in the region, the continent and the world and create jobs for the Ghanaian people.

“As stated clearly in the BoG statement, “GN's insolvency problems are largely attributable to overdraft and other facilities it extended to its related parties who are other companies in the Groupe Nduom network of businesses, under circumstances that violated relevant prudential norms” including transfers of large sums of money ($62,255,516'93, £718,528.59 and €4,200) from depositors' funds to foreign accounts of companies of Groupe Nduom, in breach of section 19 of the Foreign Exchange Act 2006, Act 723, section IV of Bank of Ghana Notice No. BG/GOV/SEC/2007/4, and subsequent Bank of Ghana Notices issued in August 2014 prohibiting such practices.”

It added that the operating licence of GN Savings was revoked because of insolvency and liquidity challenges.

No Gov’t In 4th Republic Has Matched Our 3years Achievements...
29 minutes ago