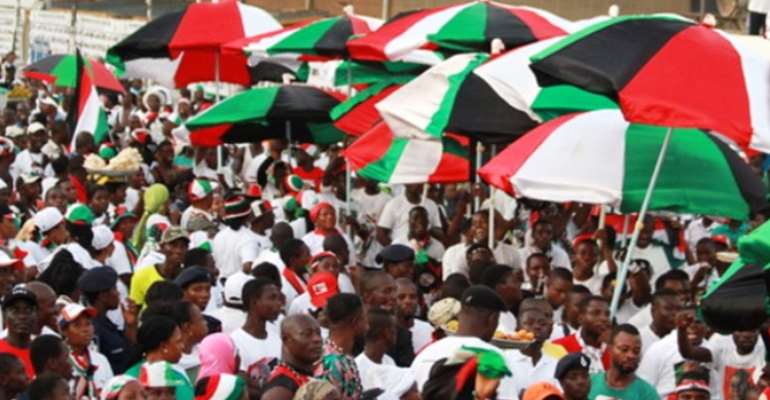 The leadership of NDC-UK & Ireland Chapter wishes all contestants in NDC’s parliamentary primaries scheduled to take place this Saturday, 24th August 2019 across the country and in most constituencies, the best of luck.

We also would like to commend and thank the national leadership of NDC for the way and manner they are managing the primaries. Unlike the ruling New Patriotic Party(NPP) who are protecting their non-performing and incompetent incumbent Members of Parliament, the NDC has opened nomination for all 275 constituencies and will be conducting primaries in all the constituencies, save constituencies where we have legal and other challenges. If the NPP thinks President Akuffo Addo-Bawumia led government is doing well, why deferring the conduct of their primaries in constituencies where they have sitting MPs -given that majority of their MPs are doubling as Ministers and Deputy Ministers?

Leadership of the NDC is ensuring fairness and transparency in the management of the primaries as those who were disqualified have been offered the opportunity to appeal against their disqualifications and majority of them have been cleared to contest. And those whose disqualifications have been upheld by the Appeal Committee have accepted the verdicts in good faith.

We would also like to commend all the contestants for undertaking issues-based and peaceful campaigning devoid of character assassinations and insults. This is an indication that contestants are subjugating their personal ambitions to the collective interest of NDC as a political party.

Given the calibre of men and women contesting the primaries, we have no doubt that victors on Saturday, will go on to win in their respective constituencies to give President John Mahama’s next government the needed parliamentary majority.

Once again, we are wishing all contestants the best of luck, peaceful and incident-free elections on Saturday. Your conduct so far is exemplary, worthy of emulation and we will admonish you all to continue putting the interest of NDC first during and after the primaries. Lest we forgot we would like to congratulate thirty -nine (39) contestants going unopposed.