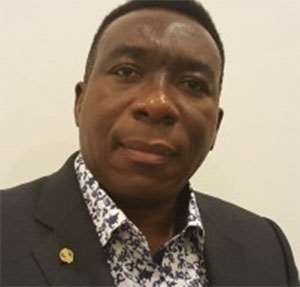 A review of the operations of First Allied Savings and Loans (FASL) Limited in July 2018 revealed that its reported financial statements did not reflect its true state of affairs, the Bank of Ghana (BoG) has said.

The Central Bank said FASL made an adjustment to its financials resulting in an assessed negative capital adequacy ratio (CAR) and negative net worth mainly due to huge accumulated losses recorded over the years, additional provision for loan losses and reversal of unearned interest receivables from income.

“The income surplus and profit & loss accounts per the General Ledger as of 31st August 2018 showed losses but the institution reported positive Income Surplus and Profit and Loss figures in the prudential returns as of 30th June 2018 submitted to the Bank of Ghana.”

“The reported deposit liabilities were grossly understated as of end-June 2018, in effect, reducing customer deposits to conceal losses over the years.

“Furthermore, total non-performing loans constituted 88.89% of First Allied's total loan portfolio while also the current accounts of eight (8) related companies linked to the major shareholder were overdrawn in excess of GH¢100 million and were non-performing,” the dossier noted.

“The institution cannot meet the deposit withdrawals of its customers with many customer complaints received by the Bank of Ghana. First Allied Savings & Loans Ltd. (FASL) was found to be insolvent with a negative CAR and a negative net worth as of 31 March 2018.

The BoG directed the board chairman/majority shareholder and management of the institution to immediately inject additional capital to address the capital deficiency.

In June 2018, BoG said it received reports of a run on FASL due to its inability to meet customers' deposit withdrawals, especially at its Kumasi and Adabraka branches.

First Allied was licensed by BoG to operate as a savings and loans company on March 27, 1996.