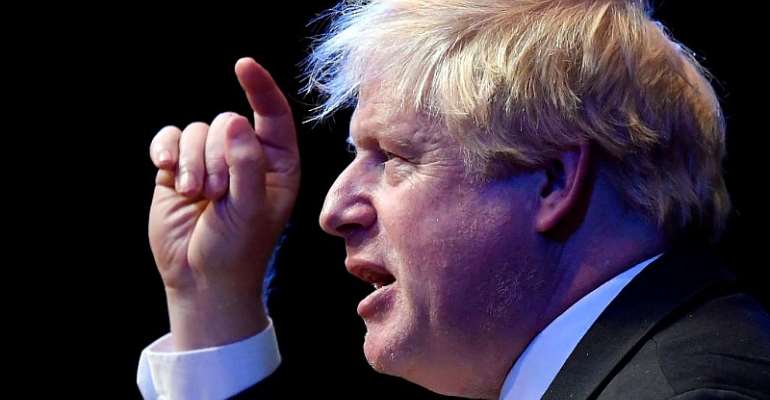 British Prime Minister Boris Johnson has repeated his calls for the Irish border backstop plan to be removed from any future Brexit deal with the European Union.

In a letter to European Council President Donald Tusk Monday, Johnson described the backstop as "anti-democratic", while adding that Britain's highest priority was reaching a withdrawal agreement with the EU.

The backstop is an insurance policy to avoid the return of a hard border on the island of Ireland that many fear would harm Northern Ireland's fragile peace. The measure is part of the Brexit deal reached with the EU by former British leader Theresa May.

While Brussels has consistently insisted the backstop must remain part of any agreement, Johnson says it is “inconsistent with the sovereignty of the UK as a state” and has sworn to take Britain out of the EU on 31 October with or without a deal.

Johnson has said he's committed to ensuring a hard border is not returned to Northern Ireland – and instead is offering to put in place “alternative arrangements” by the end of a post-Brexit transition period.

Brussels has not yet responded to Johnson's letter, however Irish Prime Minister Leo Varadkar told Johnson in a phone conversation Monday that Theresa May's agreement could not be reopened and the backstop could not be renegotiated.