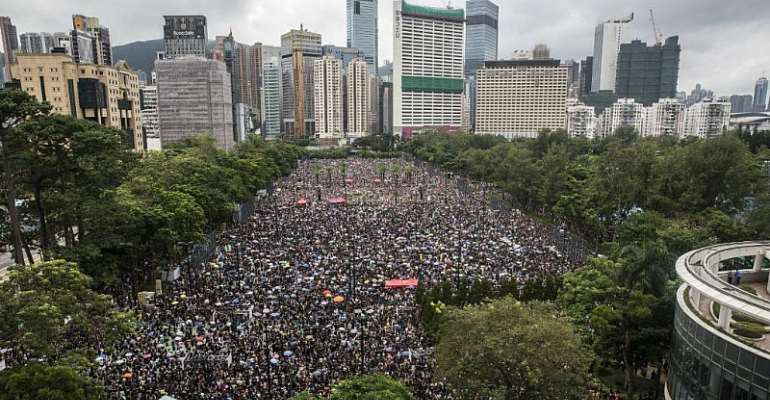 Tens of thousands of Hong Kongers have braved heavy rain for the latest Sunday march for democracy, pushing their five demands – including a formal and complete withdrawal of the controversial China extradition bill.

"We will stand here, we will take action, until they respond to us...together we have more power," 20-year-old student Harley Ho told Associated Press.

The protesters other demands include the unconditional release of prisoners, the government withdrawing the word "riot" to classify protests, an independent probe into police behavior, and universal suffrage.

Since early June, Hong Kongers have held weekend protests against what they consider undemocratic policies by China.

On Tuesday, protesters blocked passengers from boarding flights at the city's airport and later assaulted two men they accused of being Chinese spies.

"We hope we can show the world that Hong Kong people can be totally peaceful," she said before the protest, adding that it would be the responsibility of the police if there was any chaos.

Violent clashes between police and hard-liners have regularly occurred after peaceful demonstrations.

You Won't Be Shielded For Misconduct – IGP Cautions Police O...
36 minutes ago