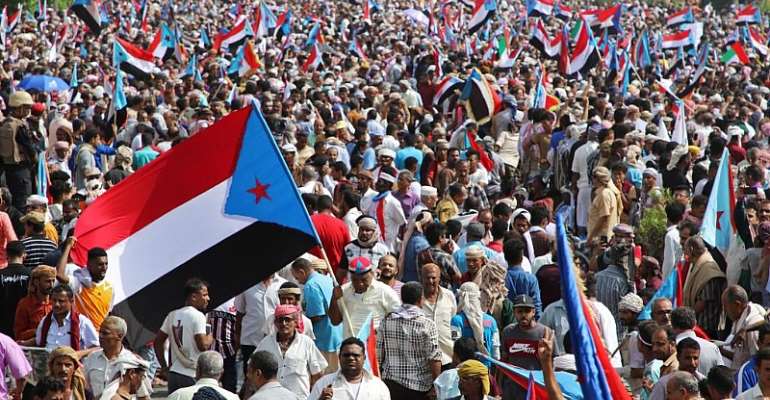 Al Masirah cited a military spokesperson but did not indicate when the attack took place. The Saudis have not confirmed the reports.

Shaybah, in the eastern part of the Kingdom near the United Arab Emirates border, is run by state oil company Saudi Aramco.

The Iran-backed Houthis control most of Yemen's inhabited areas, including Sanaa, the largest city, and have been attacking Saudi installations, in retaliation for intervening in 2015 in Yemen to try and restore power to the ousted government.

The Saudi Sunni coalition shot flares over Aden at dawn, according to witnesses, near areas where STC forces seized control last week.

"We will not retreat, we will not budge and planes will not scare us," said a statement from a group fighting in line with the separatists, following the flares.

Aden is a key port city in the Gulf of Aden and also considered the STC headquarters.

The Saudi-led coalition called for dialogue, pushing the STC forces to withdraw from the Aden areas, which include government military bases.

Civil society organisations in the south have signed a petition calling on the coalition hand over power to the separatist STC. They have pushed for STC head Aidarus al-Zubaidi to declare independence in the south.

The move complicates plans drawn up by the United Nations-brokered talks to end the war in Yemen, where thousands of people have died and many are starving to death.

The STC, backed by the UAE, has fought the Houthis for some time, a reflection of the north-south Yemen divide that was in place until the two sides united in 1990.

Saudi television said the separatists would retreat from the Aden oil refinery and interior ministry on Saturday, but this move was not indicated in the statement released by the separatists.

Other reports indicated that Saudis were in Aden to ensure the withdrawals.