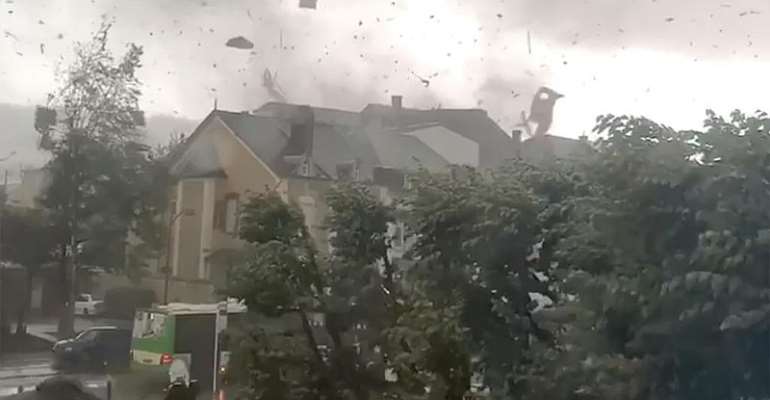 A violent and rare tornado crossed the Franco-Luxembourg border late Friday – packing gusts of up to 154 km/h and leaving at least seven people injured. The Luxembourg government has set up a crisis unit.

More than a dozen people were injured in Luxembourg, which took the brunt of the storm, while the French department of Meurthe-et-Moselle suffered mainly material damage – with emergency crews responding to 60 calls within an hour.

In footage on social media, the storm can be seen twisting behind buildings, while images of the aftermath show fallen trees, damaged cars and debris strewn across the streets.

The town of Herserange, where the roofs of five houses were either completely or partially blown off, was particularly affected. Roof tiles and parts of chimneys flew off of some 30 other houses in the neighbourhood.

In Luxembourg, the towns of Petange and Kaerjeng, also near the Belgian border, suffered extensive damage, with the extreme weather hitting as far north as Amsterdam, in the Netherlands.