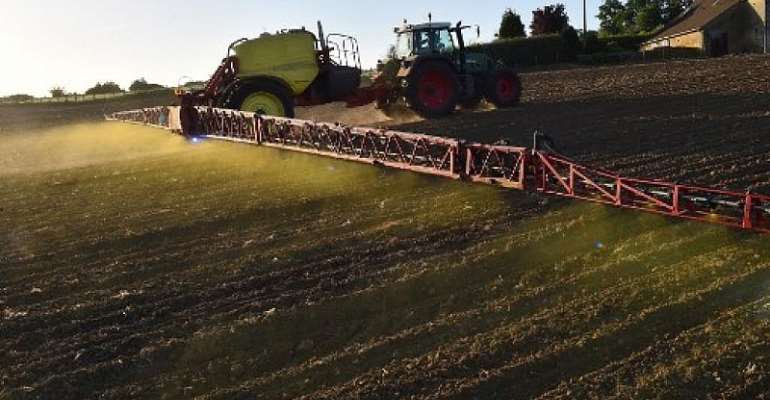 Scientists meeting in Geneva are to release a report Thursday warning that abuse of land around the world is a major contributor to the climate emergency – and that a rethink of farming and soil use will be crucial to limiting global warming.

A leaked draft of the document by the UN's Intergovernmental Panel on Climate Change (IPCC), being vetted by experts ahead of its release on 8 August, says that cutting emissions from vehicles, factories and power plants won't be enough to control rising temperatures.

What's needed is a complete overhaul of the way the world produces food and manages land, a move that would minimize the potential for food insecurity in an era of what the reports calls the “unprecedented exploitation” of the earth's natural resources.

Soil erosoin, an agricultural challenge
Intensive agriculture that has helped the global population grow to more than seven billion has led to soil erosion and a decrease in organic material in the ground.

“For too long, soils have been treated as a lifeless resource,” says French agronomist Marion Guillou, who specialises in global food security. “Soils are populated with living organisms; they are hardly renewable.

“They constitute a reservoir of organic carbon twice as important as the carbon dioxide of the atmosphere, and could help mitigate greenhouse gas emissions – and yet they're being increasingly degraded throughout the world.”

Monocultures and a rising demand for plant-based fuels pose a particular threat to soil quality and its capacity to soak up carbon, the report says, urging instead the cultivation of a variety of crops that would enrich and protect soil.

This is of particular note considering the International Energy Agency has predicted that, over the next five years, bioenergy will outpace solar, wind and hydropower.

Between a quarter and a third of greenhouse gas emissions are estimated to come from land use. The experts recommend reducing land emissions through restoring ecosystems such as coastal wetlands, grasslands and peatlands, which have a known capacity to absorb carbon.

"More than ever, we must reduce the dependence of agricultural production on fossil fuels, and we must allow the soil to fulfil its role as a carbon sink,” says Olivier De Schutter, a former UN special rapporteur on the right to food.

This is the first IPCC report whose authors are mostly from developing countries. IPCC chair Hoesung Lee, of South Korea, says it report “recognises the nexus” of the three global challenges addressed in the UN Rio conventions: climate, biodiversity and desertification.

“I hope this report will raise awareness among all people about the threats and opportunities posed by climate change to the land we live on and which feeds us,” Lee says.