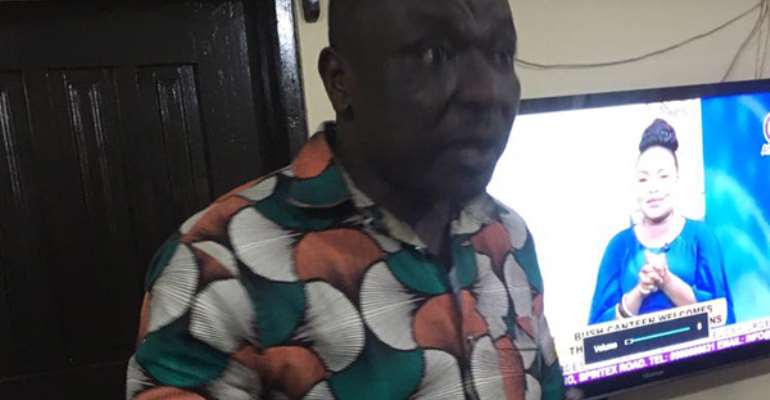 The Sakumono police have arrested a middle-aged man for attempted robbery.

The man identified as Kofi Sarkodie was arrested at Kuntunse near Amasaman through police intelligence.

He is said to be part of a car snatching syndicate that has been robbing car rental companies of their vehicles.

According to the police, three victims have since identified Kofi Sarkodie as their attacker while in custody.

The modus operandi, according to the Sakumono Police, is to rent luxurious cars from a car rental company to Kumasi and on the way, the suspect together with his accomplices will then snatch the vehicle from the driver and escape with it.

She said the complainant in the case is a Transport Rental Company manager with office located on the Spintex Road.

On July 30, 2019, DSP Tenge said the complainant received a telephone call from a caller who gave his name as James and wanted a Toyota Land cruiser Prado to rent to Kumasi for two days.

She said the caller told the complainant to meet him with the vehicle at Kuntunse on the Accra -Nsawam Main road instead of moving to the office of the company for his particulars to be taken.

‘The complainant told the police that he did not have the vehicle specification the caller was demanding and had to contact a sister rental company for one.”

The Accra Regional PRO continued that the complainant was then advised by his colleagues to be careful of such persons since they could be robbers.

“Some of the colleagues of the complainant who claimed they were also robbed by their attackers through the same modus operandi, urged the victim to contact the police for assistance if possible.”

She said upon interrogation at the police station, the police discovered that there were inconsistencies in his statement and responses which made the police believe the suspect could be a criminal.

DSP Tenge said, while in custody, three other victims reported to the station to identify the suspect as their attacker who rented their vehicle to Kumasi but ended up snatching the vehicle from them early this year.

She said suspect, Sarkodie, was still in their custody assisting police with their investigations.