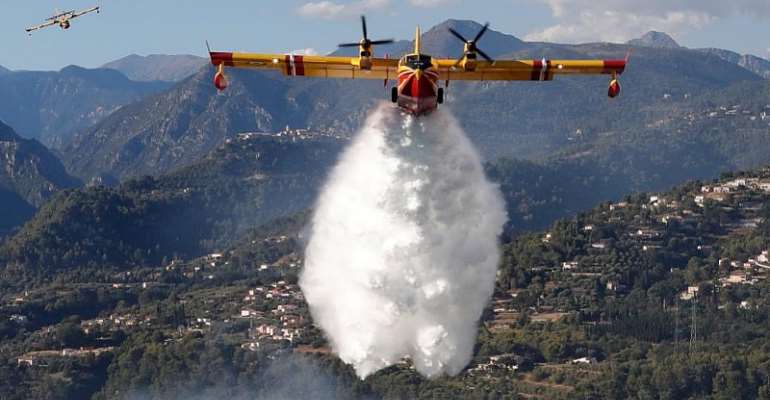 Two people have been freed by police following their arrest on suspicion of having stated the fire in the south of France that cost the life of a firefighting pilot and has destroyed nundreds of hectares of forest.

The arrests were announced on Saturday morning by French interior minister, Christophe Castaner. The two suspects were released after questioning. A third suspect is currently being sought by the authorities.

The authorities continue to believe that the fires which engulfed 800 hectares of forest near Générac in the Gard region were started criminally.

Fires broke out almost simultaneously in eight or ten different locations, two of them close to the D14 motorway. A criminal investigation was launched on Thursday.

Meanwhile, the initial inquiry into the Friday crash which cost the life of pilot of a firefighting plane suggests that he lost his bearings in dense smoke before striking trees.

Sources close to the investigation say the civil security pilot, a 50-year-old father of two, was participating in efforts to extinguish the Générac fire when his plane emerged from a descent through a dense cloud of smoke, too close to the tree line.

The interior minister paid his respects to the dead pilot, named as Franck Chesneau."He lost his life attempting to protect a family home and its occupants," threatened by the flames, according to the minister.

The fire has since been brought under control.