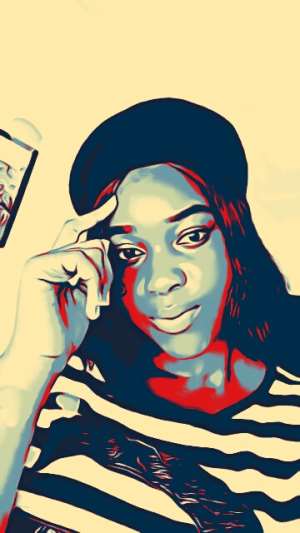 Globally, Informal businesses account for 35–50% of GDP in many developing countries, as data from the Institute for Economic Affairs (IEA) shows. While the informal sector accounts for a significant proportion of the workforce in these countries, Ghana included, its impact on GDP is largely outsized by the more formal sectors of the economy when the value of output is taken into consideration.

Alarmingly, None of the regions of Ghana has up to 20% of businesses or what the statistical service calls “non-household establishments” being formal, confirming concerns that a lot of people remain outside the tax net.

In the 2016 Regional Spatial Business Report, the Ghana Statistical Service defines as informal an establishment that does not have professionals keeping its accounting records.

Ghana's economy consists of both the formal and informal sector. According to the Commissioner General of Ghana Revenue Authority - Mr. Emmanuel Kofi Nti, 2 out of 70% of people in the informal sector pay their tax. In Ghana, a large number of the population thus 80-90% are employed in the informal sector where most of these people do not see the reason why should honour their tax responsibilities.

The Ghana Living Standards Survey (6) indicates that the informal sector is predominantly made up of small to medium-scale businesses, consisting of producers, wholesale and retail traders, and service providers, comprising contributing family workers, casual wage workers, home-based workers, and street vendors, among others.

Most of them, it says, are largely self-employed persons – farmers, artisans and craft-workers, traders, food processors, etc.

When it comes to the development of Ghana's economy, the informal sector plays a vital role.

Most informal sector workers are caught up in poverty since they earn a low income. They are mostly people who are self-employed; operating small businesses which are not registered.

REASONS WHY GOVERNMENT SHOULD HAVE A BETTER LOOK AT INFORMAL SECTOR:

Despite the large numbers of businesses in the informal sector, its contribution to the economy in the area of taxes has not been encouraging, as a chunk of the country’s tax revenue comes from the formal sector, which the GSS data shows have more than 56,800 establishments.

A survey commissioned by the Friedrich Ebert Stiftung in 2016 dubbed: ‘understanding the urban informal economy in Ghana’ has shown that over 80 percent of people in the country’s largely informal economy agree they must pay taxes once they earn an income.

While about 35 percent of employers in the sector pay value-added tax through purchases they make from formal enterprises, less than a quarter (23.6 percent) pay personal income tax, the study reveals.

Although self-employed persons are required to pay income tax at graduated rates in four equal installments, the report adds, it is mainly people who have formalised their businesses or are in formal employment that pays -- letting over 80% of the workforce off the hook.

Another finding by the Trades Union Congress (TUC) indicates that only about 7 percent of informal economy workers have a written employment contract, with many of them underpaid.

As a student researcher, I'm convinced that Government support is imperative for the life of our informal sector and consequently, for the betterment of our economy;

Below are my two major suggestions among other vital initiatives that can help;

1. Those in the informal sector face a lot of challenges when it comes to allocating funds. Due to inadequate funding, these small business owners are unable to expand their business.

When the government comes in to facilitate policies that would help the informal sector to acquire funds easily, small business owners would get the opportunity to expand their business and create employment for others.

2. The government can also establish institutions to train the informal sector; providing basic business literacy and capacity building training for them. Through this training, business owners in the informal sector would have a fair idea on the importance of tax payment to the government. This would help the government to raise tax revenue from the sector to settle expenses and provide services which will improve the economy.

The Friedrich Ebert Stiftung report advocates attention for the sector since it has the key to transforming the economy and further drive growth.

“The number of jobs in the sector is key to transformational growth and poverty reduction, and the consequent improvements in standards of living.