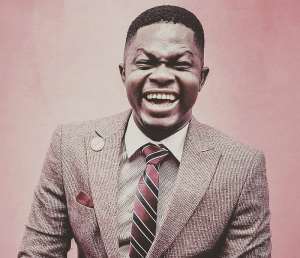 As at today, the average price of gasoline (Petrol) around the world is 1.29 U.S. Dollar per litre according to globalpetrolprices.com. Nonetheless, there is significant variation in these prices among countries. As a universal rule, richer countries have higher prices while poorer countries and the countries that produce and export oil have significantly lower prices. One notable exception is the U.S. The variation in prices across countries are due to the various taxes and subsidies for gasoline. All countries have access to the same petroleum prices of international markets but then decide to impose different taxes.

Today’s exigency for cheaper fuel price in Ghana makes it more imperative to look at the level of government interventions with regard to the imposed taxes and levies and as well as the proper application of the Energy Sector Levies Act, 2015 (Act 899).

The degree of government or state intervention in the energy markets differs significantly across countries and also determines whether the market is regulated or deregulated (Liberalized). Although each country has specific fuel market characteristics, there are various forms of fuel market organization and methods of fuel pricing.

Preferably, regarding validated best practice in the energy markets, three main methods for retail fuel pricing standout for me;

Price ceiling: Under this form of price regulation, fuel retailers are free to determine their selling prices as long as they do not exceed the specified ceiling. The government influences retail fuel prices by setting maximum prices for petroleum products, which are revised regularly. The purpose of this form of price control is to protect consumers from sudden upward price fluctuations or unreasonably high market prices.

Market-determined retail fuel prices: This pricing type is typical for liberalized fuel markets. In countries with such markets the state intervention is limited to establishing terms and conditions that promote market transparency and free competition. Fuel retailers set their selling prices freely without major restrictions. Therefore, the fuel prices at different stations and in different regions of the country could vary.

Fixed price: The most extreme form of price control is when the government or another authorized institution fixes the retail fuel prices. All retailers must sell their fuels at exactly these prices.

To fully appreciate and understand the dynamics and politics of fuel pricing, it’s important to know the supply chain of getting the fuel to the consumer. In brief, Oil Refineries buy or extract crude like WTI Crude and convert these crudes into petrol, diesel, Aviation turbine fuel, Biofuels, etc. Oil Marketing Companies (OMC) then market the converted crudes (petrol, diesel, etc.) to dealers and ultimately to users (consumers). Dealers are the People who are engaged into business of buying fuels from OMCs and distributing them to users. They are distributors of fuel.

Several variables determine the final price build-up, some of which are beyond the control of the regulator (National Petroleum Authority), importers, and Oil Marketing Companies (OMCs).

In summary, fuel pricing in Ghana is made up of three predominant factors. These are:

I do admit that taxes including those imposed on the petroleum product are the main source of revenue for government and that proceeds from the tax collection are used to undertake government policies and to meet expenditure and other budgetary requirements but today’s exigency for cheaper fuel price in Ghana makes it more imperative to look at the level of government interventions with regard to the imposed taxes and levies and well as the proper application of the Energy Sector Levies Act, 2015 (Act 899).

More surprisingly, the Price Stabilization and Recovery Levy (PSRL) which was established in 2015 under the Energy Sector Levies Act, 2015 (Act 899) prescribes the purpose of the levy to be that:

(a) as a buffer for under recoveries in the petroleum sector;

(b) to stabilize petroleum prices for consumers; and

For policy credibility, the utilization of the accumulated balance of the PSRL is what is required to cushion consumers in this high oil price period.

A Press Release from the National Petroleum Authority (NPA) dated Monday, 11th October 2021, announcing the decision to zero the Price Stabilization and Recovery Levy on petrol, diesel, and LPG for two months is thoughtful but can’t be the best solution especially regarding its established purpose as enacted in the Energy Sector Levies Act.

With respect to the assessment of the Energy Markets in Ghana and from the forgoing, it would only be proactive for our policymakers to consider these recommendation;

These short terms recommendations are very necessary to curb the ongoing impact of fuel price hikes on the cost of transport fare, food items and other essential materials consumed by the majority of Ghanaian.