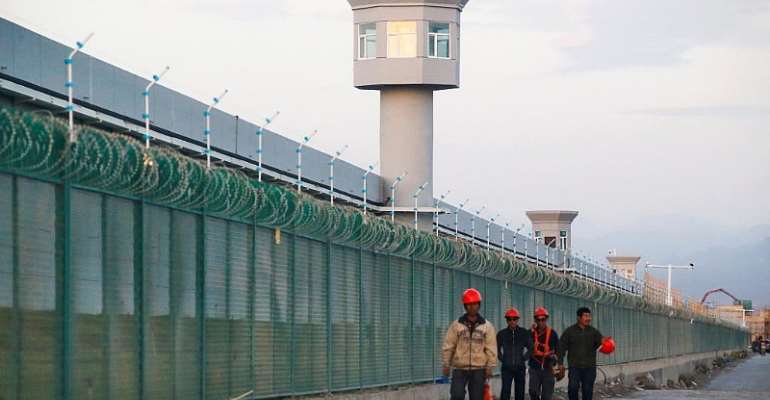 Ten years ago, the Xinjiang Autonomous Region in China erupted in riots that left 197 people dead. Since then, Beijing has increased surveillance and detained close to one million people.

The 2009 riots in Urumqi, the capital of Xinjiang, started on 5 July and lasted for several days. The violence was primarily directed against Han-Chinese people.

Xinjiang (“Western Frontier”) came under Chinese rule in the 18th century, but the Uyghurs – a Turkic-language-speaking Muslim people – always resented it. Over the centuries, any protest was routinely answered with increased Chinese repression.

“It is a vicious circle,” says Adrian Zenz, a specialist on China's minority policy.

“Islam in this part of Central Asia is traditionally not very radical. Most Uyghurs are only nominally Muslim,” Zenz says, pointing out that Xinjiang Islam is “certainly not fundamentalist”.

But Uyghurs face systematic discrimination and feel that their region is being flooded by Chinese immigrants.

First since the 1950s, then as part of Beijing's “Develop the West” strategy in the 1980s, and today as a crucial part of China's Belt and Road Initiative.

War against terror
The turning point was in 2001, when Beijing enthusiastically joined Washington's “War Against Terror” with claims that Uyghurs were part of a global problem.

Since the 2009 riots in Xinjiang, Beijing has been working hard to turn Xinjiang into a laboratory of surveillance technology.

Zenz was one of the first to signal the increasing number of detention centers.

The exact number of Uyghur detainees is not known, but Zenz estimates it's "close to a million."

In his report "Thoroughly reforming them towards a healthy heart attitude" about China's re-education campaign in Xinjiang, he says that "untold thousands of Uyghurs and other Muslims are being detained in clandestine political re-education facilities.

“We do know from official government reports that the camp system was being set up at different administrative levels," he told RFI.

He combined piecemeal evidence such as procurement bills for buildings and fences, with eye witness reports “and the fact that just about any Uyghur family that you talk to has somebody detained, in many cases the majority of family members are detained.”

“If you put all these parts and pieces together, it's increasingly likely that we look at a higher-end estimate of 1 million or more.

Initially, China denied the existence of the camps, but an article in the state-sponsored Global Times said that “1.1 million citizens for start-ups, college students and those who had difficulty finding a job” would be provided with “special training.”

Surveillance
Apart from Uyghurs being detained, human rights organisations say they have noted an aggressive increase of electronic surveillance of Uyghurs in Xinjiang.

In its report “China's Algorithms of Repression,” Human Rights Watch managed to reverse-engineer an application used by the Xinjiang police.

"We found that authorities have been conducting mass surveillance of the population of Xinjiang," says Maya Wang, who helped writing the report.

“They check the car registration, their access to gas stations, tracking the movement of the vehicles, ID cards, phones.

"The app registers if and when someone leaves the country, and keeps track, and reports, many of his or her moves.

“If these data raise suspicion, police can take a closer look,” says Wang.

“Some of these people are then sent to political education or other detention facilities.

A report of the Foreign Correspondents Club China speaks of “rapidly expanding surveillance and widespread government interference against reporting” in the region, with 24 out of 27 journalists who went on a reporting trip facing “interference” from Chinese government operatives.

“It was clear in Xinjiang that I was tracked on the road using license plate monitoring,” Globe and Mail correspondent Nathan VanderKlippe was quoted as saying.

Axel Dorloff, of ARD German Radio, said that he didn't even try to conduct an interview because he didn't want to endanger people. “When every corner is monitored, you do bring your sources in danger.”

The FCCC survey found that 96 percent of the journalists going to Xinjiang were followed, 79 percent were asked or forced to delete data, and more than half were temporarily detained. “Reporting obstructions in Xinjiang have been significant since the 2009 riots in Urumqi, but the past couple of years have been particularly vexing and excessive,” an unnamed former bureau chief of a US-based news outlet was quoted as saying.

No support from Turkey
Uyghurs don't get much help from their Turkish cousins either. After the 2009 riots, Turkish leader Recep Tayyip Erdogan called China's repression of the Uyghurs a “genocide”.

However, during his latest meeting with China's president Xi Jinping at the G20 in Osaka, he was quoted by Chinese media as saying that “residents of various ethnic groups in Xinjiang are living happily under China's development and prosperity.”

“This is disappointing for us,” says Dolkun Isa, president of the World Uyghur Congress, an organisation which lobbies for the Uyghur's human rights.

“Nearly all Muslim countries continue their silence,” he told RFI.

“Not just silence, they even support Chinese policy towards the Uyghurs. This is a big shame.” The reason? “China's belt and road project. There is a lot of money involved.”

Meanwhile, the Global Times defends the crackdown, saying that western criticism is unjustified.

“Politicians and media outlets from the US and other Western countries have been lashing out intensively at China's governance of Xinjiang Uyghur Autonomous Region recently, claiming massive human rights violations in Xinjiang and comparing the region to an open-air prison. Their purpose is to stir trouble for Xinjiang and destroy the hard-earned stability in the region,” according to the paper.

But Zenz is sceptical.
“The Chinese have to ask themselves to what extent they have promoted religious fundamentalism by suppressing the Uyghur identity,” he says.