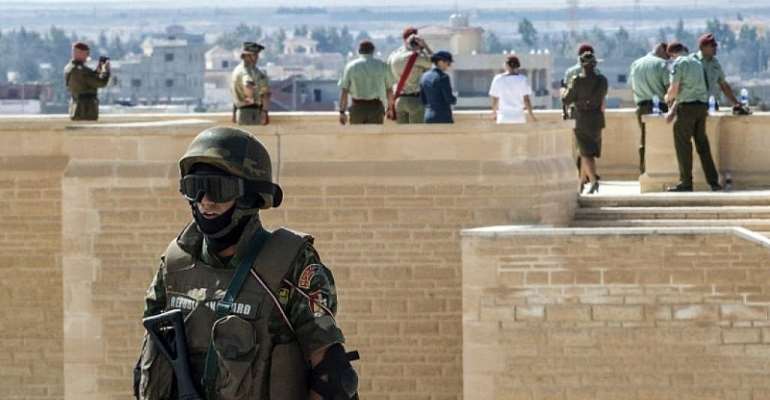 Egyptian police raided 19 businesses and arrested eight people in the capital Cairo, Alexandria and Ismailia on Tuesday over claims the firms were funding a coup d'etat, according to the interior ministry.

The police took action to curtail businesses allegedly "intent on overthrowing the state and its institutions" by carrying out “violent acts”, the interior ministry said in a statement.

Footage provided by the interior ministry broadcast on Egyptian television showed the police officers raiding the various businesses, adding on video that a total of 250 million Egyptian pounds (13 million euros) was seized.

The ministry said that the businesses were affiliated with the Muslim Brotherhood, the outlawed political group briefly in power under Mohamed Morsi, who died after fainting in a courtroom last week.

Elaimy worked to overthrow Hosni Mubarak in 2011 and became a lawmaker for a year. His mother, Ekram Youssef, told Agence France Presse newswire that he was visiting a friend in Maadi, a Cairo suburb, when he was arrested early Tuesday.

"Some people grabbed him so he started shouting to his friend. He eventually cooperated with them once the friend came", she said.

The government has carried out a repressive crackdown in Egypt since the overthrow of Morsi by the military in 2013, rounding up Islamists and secularists alike in the name of combatting terrorism.