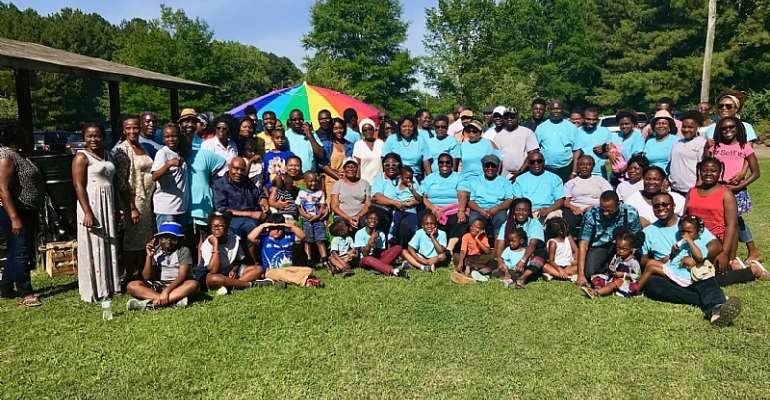 The picnic brought together many families and friends from the Research Triangle Park (RTP) area and beyond.

The event commenced with a welcome address by the interim President Dr. Doris Dzameshie and the opening prayer by the Welfare Committee chairman, Mr. Wisdom Ofori.

Guests enjoyed a beautiful day in the park with a wide variety of Ghanaian food on display and many entertaining activities including Agbadza dance competition and musical chairs.

All members of the association contributed in various capacities to make the picnic a success.

The idea of forming an Ewe association in the Triangle area had been discussed at various informal gatherings for several years. What eventually became known as the Lolonyo Association of North Carolina Ewes (Lolonyo Association) started as a small assembly of like-minded Ewes who were determined to form a group with shared values, interests, cultural heritage and common purpose.

As Lolonyo approaches its first anniversary, our goal is to continue to reach more Ewes in the Raleigh, Durham and Chapel Hill areas with the purpose of promoting the Ewe culture, strengthening relationships, and supporting each other socially and economically.