Poor Sanitation is not caused by Poverty 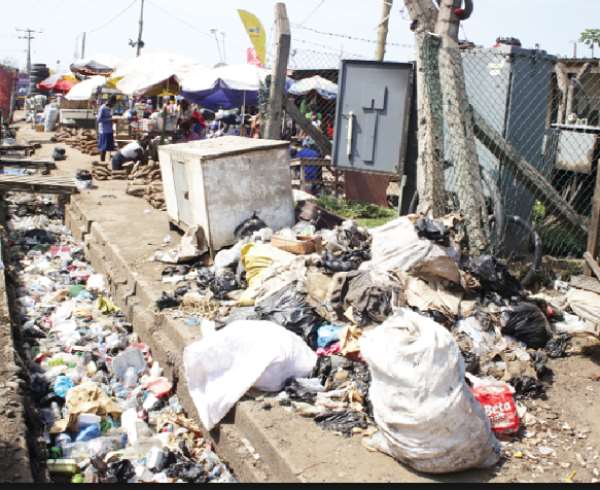 It is an undeniable fact that poverty plays a negative role in waste management in Africa. On a continent where most people do not have basic facilities such as toilets and latrines, it becomes an abstract to talk about waste incineration, for example. Waste management is therefore a challenge that every government, especially, the government of Ghana is trying to solve.

Is Poverty the cause of Poor Sanitation? Definitely no! Lack of knowledge, lack of responsibility, poor planning, lack of law enforcement, culture, laziness, and attitude may be the main causes of poor sanitation in our communities. Do people throw water sachets out because of poverty? No! Do people throw trash into rain water and gutters because they are poor? Definitely No! People need to be educated and to be punished for breaking sanitation laws.

In most places waste disposal is left to the care of children and there are adults who also dispose waste as children. Commuters who indulge in littering receive little or no reproach and no fines. Where are the sanitary inspectors (‘the Tankas’) of the 80s?

The World Health Oganisation (WHO) estimates that 2 billion people still do not have basic sanitation facilities such as toilets or latrines, and 673 million of these people still defecate in the open areas such as in street gutters, behind bushes or into open bodies of water. In Ghana, there are still some people who defecate along some uncontrolled coastal areas and into open gutters.

According to WHO, about 10% or higher of the world’s population is believed to consume food irrigated by wastewater. Fruits and vegetables get contaminated when watered with untreated waste water. As most fertile lands are being used for ever-expanding and unplanned settlements, people find waste water as the cheapest means for irrigation. Typhoid, malaria, cholera and diarrhea are very common in communities with poor sanitation.

We need to put things in the right order. Let us limit the use of plastic bags. Let us educate the public about waste sorting and treatment techniques. Solid waste or mixed waste must be sorted and there must be different collection tanks for waste sorting. The more we sort the waste the more recycling opportunities. Waste collection and management companies such as Zoomlion and Jospong Group of Companies are obliged to improve their services.