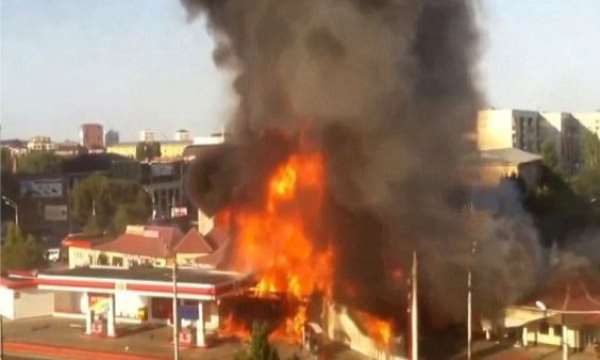 A gas explosion at Dawhenya in the Ningo-Prampram District of Greater Accra Region, in the early hours of Tuesday, June 18, has led to the death of a 47-year-old man.

The deceased, Anthony Ahiabu, a worker at the Runel Gas Station, was said to be cooking in his room with a domestic gas cylinder at a time that liquefied petroleum gas was being discharged from a tanker onto the main gas reservoir at the station.

In the process, according to eyewitnesses, the gas cylinder he was using exploded due to the remnants of the discharged gas, resulting in the death of the man.

Describing the explosion as minor, the Tema Regional Fire Service Operations Officer, DOII William Blankson, said an investigation has been launched into the explosion.

According to him, they have requested for the necessary licenses and permits from the owner of the Runel Gas Station.