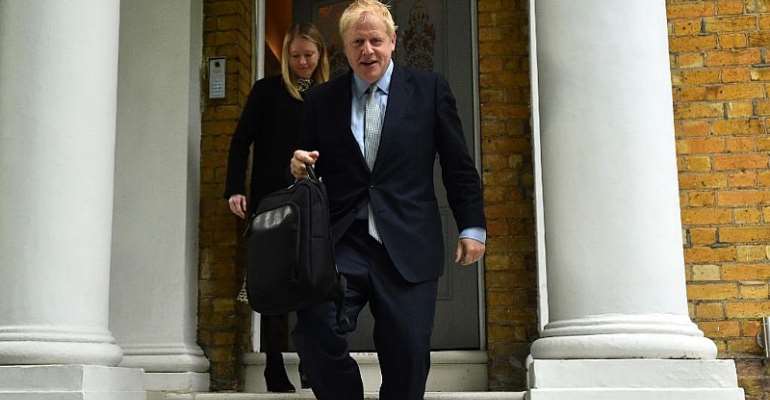 Boris Johnson's Brexit strategy would collapse under scrutiny, said Rory Stewart, one of the candidate to become Britain's prime minister, ahead of the first televised debate on Sunday -- which the front-runner is skipping.

Five of the six rivals seeking the leadership of the governing Conservative Party were to go head to head in a 90-minute broadcast from 1730 GMT, with Johnson set to be given an empty podium.

The former foreign secretary has come under fire from his rivals for giving few interviews and public appearances and for avoiding the Channel 4 TV debate.

Ex-London mayor Johnson claims direct bickering between them will be counter-productive.

The contenders have different strategies on how to deliver Brexit.

Britain is due to leave the European Union on the twice-postponed deadline of 31 October.

Rival Rory Stewart said Johnson's plans for Brexit would come "off the rails" once subject to detailed examination.

Conservative MPs whittle the contenders down to two through successive rounds of voting next week from Tuesday, before the 160,000 grassroots party members pick the winner in a postal ballot.

Johnson topped Thursday's first round with 114 votes, ahead of Foreign Secretary Jeremy Hunt on 43 and Environment Secretary Michael Gove on 37.

There are 50 votes to play for that went to candidates who have dropped out and contenders need 33 votes to get through Tuesday's second round, when at least one more candidate will be eliminated.

The survivors will face a BBC television debate later Tuesday, which Johnson will attend.

'Sabotage': Raab
Raab said the centre-right Conservatives would be unable to win a general election if they do not take Britain out of the EU by the deadline.

"The Tory Party will be toast unless we are out by the end of October. The Conservatives cannot win an election unless we have delivered Brexit," he told Sky News television.

Three years on from the referendum on the UK's EU membership, Raab said lawmakers opposed to Britain leaving the bloc were trying to block Brexit from ever taking place.

"What is really scandalous here is the way that people are trying to sabotage the will of the people," he said.

"We gave people a decision. Now parliament is trying to steal it back away from them."

Meanwhile, Hunt said Johnson was effectively committing to taking Britain out of the EU without a divorce deal, by insisting the UK must leave by the deadline.

He said he believed he could negotiate a new deal.
"It's not impossible to do it before 31 October but it will be difficult," Hunt told BBC television.

"If there is no prospect of getting a deal that can get through parliament on 31 October, then I would be prepared to leave without a deal, because, in the end, the democratic risk of no Brexit is far worse than the risk of no deal."

The winner of the members' vote will be announced in the week beginning 22 July and then take over from Theresa May as prime minister.