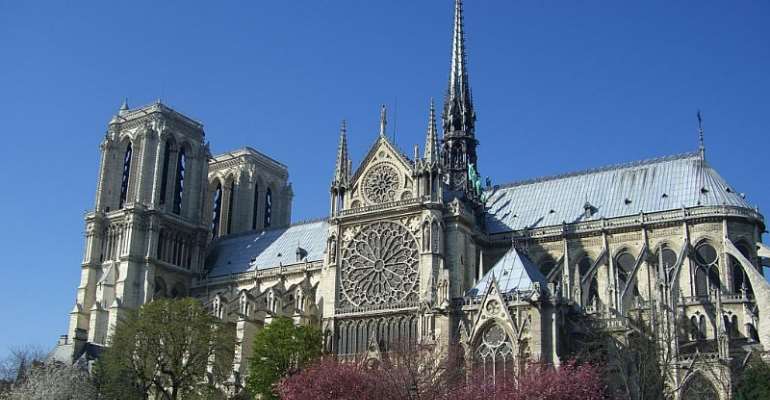 The Notre-Dame cathedral in Paris will host its first mass on Saturday, exactly two months after a devastating blaze which damaged the steeple and part of the roof. It will take place at 6:00 pm (1600 GMT) in the Chapel of the Virgin on the east side of the cathedral behind the choir, which has been confirmed to be safe.

The mass will be celebrated by Archbishop of Paris Michel Aupetit in the presence of around 30 people, half of them clergy. Worshippers will be expected to don hard hats but priests will be wearing their ceremonial garb.

Aupetit will be joined by the rector of Notre-Dame, Patrick Chauvet, canons, volunteers, people working on the restoration as well a handful of lay worshippers.

The mass will be broadcast live on Catholic TV channel KTO.

The date has been chosen as it is the anniversary of the consecration of the cathedral's altar, which is celebrated every year on June 16.

The date is "highly significant, spiritually," Chauvet told AFP, adding he was happy to be able to show that "Notre-Dame is truly alive".

Emotional service
"It will of course be very emotional," Karine Dalle, Director of Communication for the Paris Diocese told France Info. She is one of the 30 people allowed into the church for this special mass. "I'm quite afraid," she added. "It's like coming back to a house which we know very well but has been completely burnt."

The diocese is awaiting a response from the French authorities over whether it can re-open the esplanade in front of the cathedral to the public.

If the authorities approve the plan, the idea is to celebrate evening prayers there, perhaps using a temporary structure while the building is repaired.

President Emmanuel Macron has set an ambitious target of five years for restoring Notre-Dame, although there has been some argument over his call for an "inventive" rather than identical reconstruction.

Legislation over the reconstruction has been blocked in parliament over disagreements between the upper and lower houses and is now only expected to be adopted at the end of July.

Pledges of some 850 million euros ($960 million) had been made from prominent French businessmen and ordinary citizens but only around 10 percent has been donated so far.

W/R: Five wounded after residents of Ampatano and Kamfakrom ...
26 minutes ago