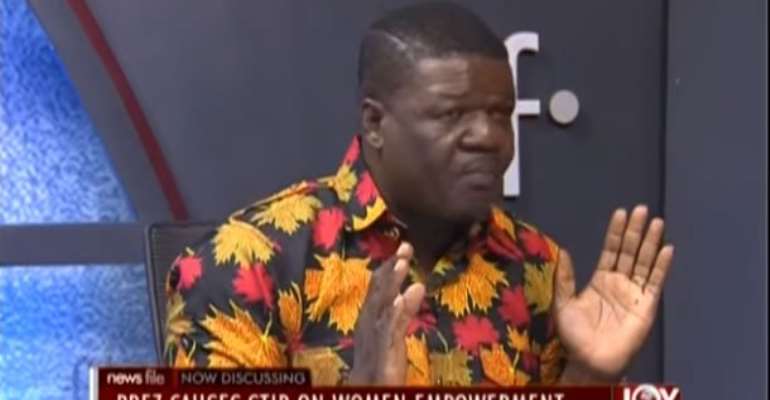 “He needed to be briefed. His policy advisors needed to give him the statistics and moving from the generals to the specifics…what is happening in Africa, where we have come from culturally and the efforts we are making and what he is doing in Ghana,” he stated.

“And we are doing a lot,” he said, questioning why the policy advisors did not do as was expected of them.

Citing examples of progress the country has made in the past decade in championing women empowerment, the MP stated that female university admissions have even been increased from 31% in 2000 to 51% in 2016.

Another sector where great strides have been achieved, although not enough, is in the judiciary where in the past 10 years women representation has increased tremendously he noted.

Stating other instances where some progress has been made, he indicated that the president is enjoined by the constitution to appoint at least 50% of ministers should come from Parliament.

“He needed to state what is happening in Ethiopia, Tanzania now has laws that compel a certain percentage of their seats for women…by his role, and he needed to have articulated these positions. If he had done that the women would have been in awe, they would have been listening to these figures.

“But he was caught off guard and these are top class women who if given the opportunity they pounce. Our president was not properly advised on the policy efforts he is making and so he came out the way he did.

“I can appreciate the backlash but we need to learn from that experience. Had he been properly briefed, he would have done better,” he added.