No relief in sight as extreme heatwave sweeps India 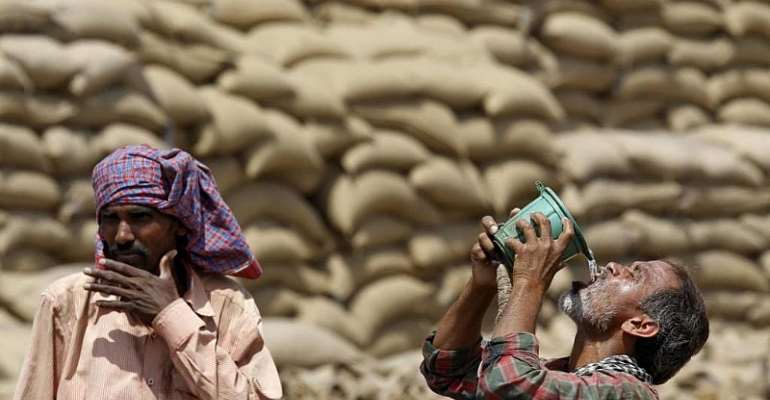 India is suffering excruciating summer temperatures with almost half the country already on heat wave alert. The mercury hit 50.6°C in the desert city of Churu in the western state of Rajasthan this week. Most areas in the state are under a severe heat wave with several cities topping 47°C.

The authorities in Churu, known as the gateway to the Thar Desert, have issued health advisories asking the 120,000 residents to stay indoors and take precautions while venturing outside.

“We always see high temperatures this time of year. But this time the spell is prolonged. Government hospitals have prepared emergency wards with extra air conditioners, coolers and medicines,” Ramratan Sonkariya, a district magistrate told RFI.

Large parts of northern and central India have encountered a relentless heat wave for days, including the capital Delhi, which recorded a maximum temperature of almost 46.7C. The meteorological department has also issued a red-coded color warning for the central state of Madhya Pradesh and west Rajasthan.

With monsoon rains still several weeks away, intense heat will maintain a firm grip on northern India into the middle of June.

The heat began building across central and northern India around mid-May and intensified further last week as many locations, including Delhi, reported their highest temperatures of the year.

Heat waves are the third-biggest natural killer in India, causing more than 2,000 deaths in 2015, according to official figures. Extreme heat has killed some 25,700 people across all states in the 24 years leading up to 2016.

No government action
Yet governments have refused to consider heat waves a natural disaster, thereby not devoting financial and infrastructure resources to the problem.

According to scientists, intense heat waves are becomingly increasingly frequent due to effects of global climate change. Cities, say researchers, feel the brunt of the elevated temperatures, because of the magnified effect of paved surfaces and a lack of tree cover – this is known as the “urban heat island effect”.

“Urban heat island effects can make ambient temperatures feel 3 to 4 degrees more than what they are,” says Arjuna Srinidhi, programme manager with climate change team at the Center for Science Environment.

The annual monsoon, which normally brings much needed rain to South Asia, is running a week behind schedule and is only expected to hit India's southern tip later this week, the weather department said. Private forecaster Skymet has said there will be less rain than average this year.