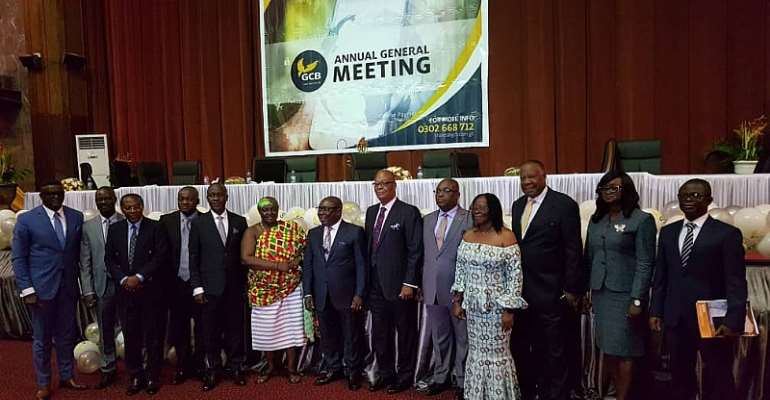 At the just ended annual general meeting held in Accra, GCB bank announced that the increment of shareholders dividends by 200%

The dividends policy seeks to provide shareholders with an adequate return on their investment while maintaining the pace to sustain growth and shareholders value.

According to directors propose a dividend of 30.00 pesewas per share is amounting to GH¢79.50 million for the 2018 fiscal year.

The board chairman of the bank Mr. Jude Kofi Arthur assured shareholders that, measures are been taken to change the cost structure of the bank.

Managing director of GCB bank, Mr. Ransford Adzete Sowah, attributed the financial performance to a combination of an increase in interest income, net trading income and commission among others.

"our loans are luckily performing very well because we are very prudent and careful with the people we deal with, we are also certainly looking at English speaking West Africa countries as the initial foreign into the market," he said.

Mr. Sowah indicated that the bank is focusing on e-banking to improve customer experience and sales, and Upgrading playing center this year.