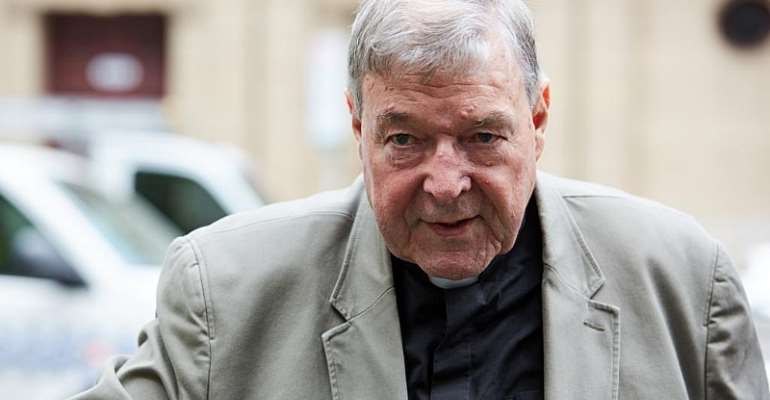 Cardinal George Pell has appeared in court in Melbourne, Australia, in an effort to overturn his child sex abuse conviction. He was sentenced to six years in prison in March for abusing two choirboys while serving as Archbishop of Melbourne.

Pell's lawyers are using three points in their appeal: that the conviction on five counts was “unreasonable” due to evidence presented at trial; that the cardinal made his plea via video link, not in person, a “fundamental irregularity”; and that the judge had refused to allow the defence to use a video graphic in its closing argument.

The most senior Catholic official worldwide to be convicted for child sex offences, the 77-year-old former Vatican treasurer maintained he was innocent throughout the trial.

He was found guilty of sexually abusing two 13-year-old choirboys in the 1990s at Melbourne's St Patrick's Cathedral. His appeal states that there were "at least thirteen solid obstacles in the path of a conviction" as the trial was based on the testimony of one of the two former choirboys.

"No matter what view was taken of the complainant as a witness, it was simply not open to the jury to accept his word beyond reasonable doubt," according to the appeal claim.

Pell's legal team told the court that Pell could not have been in the priests' sacristy when he molested the boys, because he was on the front steps of the cathedral after mass.

"You have to destroy the alibi, otherwise there is a reasonable doubt," Pell's lawyer Bret Walker told the court, adding that where he was after mass was not challenged in court.

Walker added that while the claimant said the first assault took place in the sacristy in late 1996, he gave different accounts about when the abuse occurred, which he believes raises reasonable doubt.

Three judges in Victoria's Supreme Court are holding the appeal over two days, but the verdict could take weeks to arrive.

The Crown prosecution will respond to the appeal on Thursday.

In March, the original trial judge said Pell could die in prison, but if the verdict is overturned, he could walk free or face a retrial.

According to the Vatican, Pell is still a cardinal, and can only be defrocked if the Congregation for the Doctrine of the Faith found him guilty in its own canonical trial.

Doctors threaten strike from October 1 over arrears
46 minutes ago