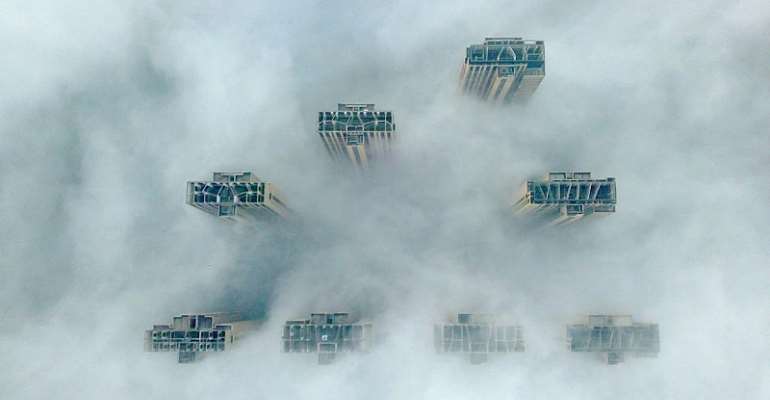 Nine out of ten people on the planet are breathing polluted air – which the United Nations says is a violation of human rights that prematurely kills 7 million people every year.

Air pollution is the focus of this year's World Environment Day – 5 June – being hosted by China, a country notorious for its smog-choked cities but which is now being lauded as an example of how to beat pollution.

“China has taken this issue very seriously over the past few years,” says Soraya Smaoun, the UN Environment Programme's air quality coordinator. “Much attention was being focused on China's poor air quality, so in 2013 an action plan was put into place that saw a substantial decline in various air pollutants.”

Thanks to “voluntary and aggressive action”, Smaoun says the concentration of fine airborne particulates known as PM10 fell by 23 percent in more than 300 Chinese cities.

“Measures that have been very successful include phasing out small coal-fired boilers, technical reform for ultra-low emissions in coal fire plants, and the implementation of emission standards for vehicles,” she adds.

Poorer people worst affected
World Health Organization figures show more than 90 percent of air pollution-related deaths occur in low and middle income countries – mainly in Asia-Pacific and in Africa. This is because the expanding urban populations there are creating increased emissions from the transport, industry and waste industries.

So given the scale of air pollution, and its contribution to the global climate emergency, is it possible to estimate the cost to the world economy? “Absolutely,” says Pushpam Kumar, the UNEP's chief environmental economist.

“We're still in the process of defining the methodology. The UNEP's own work in Africa, China and India is trying to link the impact of pollution on human capital and, once we have this lens, we can easily capture the loss or potential loss arising from pollution,” Kumar says.

Cost to world's economy
Putting a price tag on the damage air pollution is causing to societies around the world is essential if policymakers are to pay attention to arguments for investing in solutions. Without a monetary figure, Kumar says the position of institutions such as the UN is weakened.

“Some empirical evidence is already out there,” he adds. “The OECD has estimated the cost of pollution to be US$330 per head per year for the entire world.”

Call for coordinated action
As things stand, every five seconds somebody around the world dies prematurely as a result of air pollution. This year's World Environment Day aims to raise awareness of the magnitude of the problem – but also to highlight the benefits that coordinated action can bring.

“The UN has a critical role to play in raising awareness and in providing guidance and solutions,” says Smaoun. “This can mean helping countries and cities to put into place control measures on the quality of fuels used by vehicles, promoting public transport policies, promoting industrial energy efficiency and limiting municipal waste burning.

“But of course everyone – from policymakers to citizens, has a collective responsibility.”