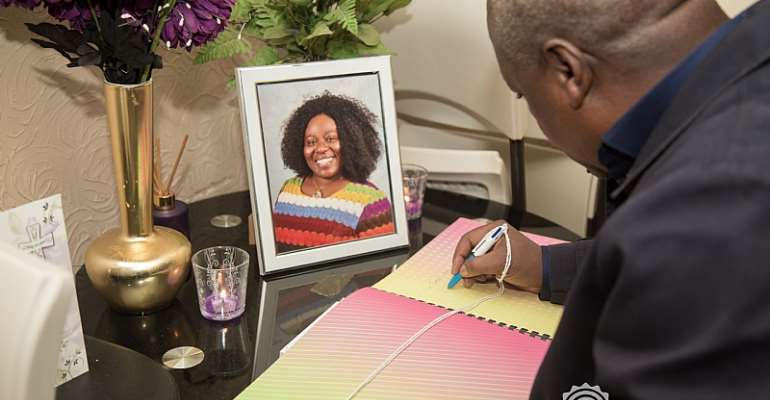 Former President John Dramani Mahama has visited the family of the late Louisa Nelson, to commiserate with her mother and children after she died few weeks ago in the United Kingdom.

Mr Mahama described late Louisa Nelson as a good organiser and a rallying point for many youths in UK and Ireland branch of the NDC.

"I was touched by the fond memories and good stories about her life. Wishing the family strength in these trying times, and may Louisa’s soul Rest In Peace," he added.

She played a key role in the re-election of former President John Dramani Mahama as flagbearer of the party for the 2020 polls.

The UK and Ireland Chapter of NDC also dedicated the month of May to mourn the late Madam Louisa Nelson who was the Chapter’s Women’s Organizer until her sudden demise.

The Leadership of the Chapter arrived at the decision after an emergency meeting with branch executives to deliberate on how to honour her memory and to help the family give a befitting burial to their departed colleague.