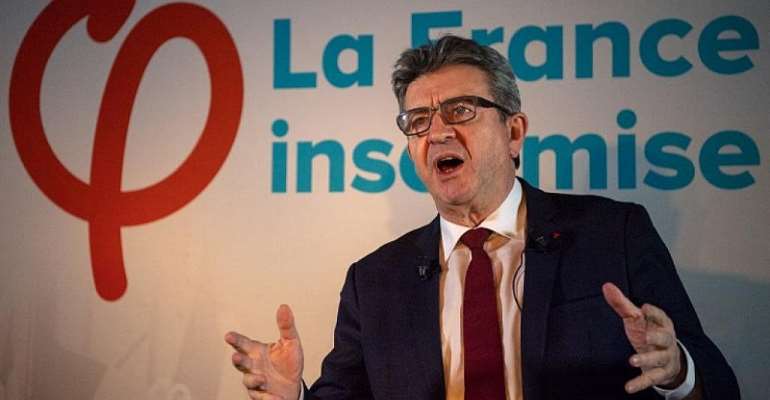 The leader of the far-left France Unbowed party, Jean-Luc Mélenchon, has described one of the party's elected regional representatives as a "traitor" and "a stink bomb" after he said he would vote for Marine Le Pen's far-right National Rally in the European elections.

Andréa Kotarac, a member of Mélenchon's presidential campaign team, on Tuesday appealed for French voters to support the National Rally (RN) in the 23 May vote.

Kotarac said he was resigning from Mélenchon's France Unbowed party and would cross the political spectrum to support the far-right list of Marine Le Pen. He explained his decision as the only way to block the European list presented by the party of French President Emmanuel Macron.

The latest opinion polls show Macron's Republic on the Move leading voting intentions with 23.5 percent, ahead of the RN on 22 percent. The mainstream right-wing Les Républicains are rated third with 11 percent. France Unbowed are currently credited with less than 5 percent support.

Jean-Luc Mélenchon condemned the move as a last-minute stitch-up, saying that the support of the "traitor" Kotarac would dishonour those he was trying to help.

Marine Le Pen has applauded the "logic, courage and clarity" of Kotarac's move, emphasising that the defeat of Macron has long been the shared ambition of the political extremes. She says she expects to see other political figures follow the lead of Andréa Kotarac.