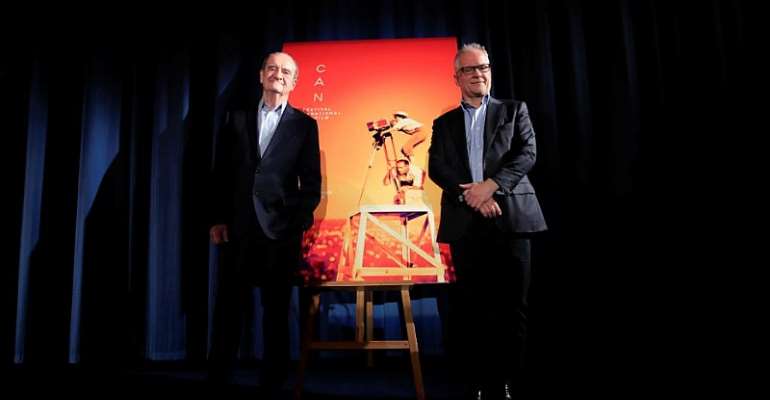 The Cannes Film Festival has revealed 19 films in competition for the Palme D'Or, the Golden Palm award, in its 72nd year. The age and experience-range of filmmakers is wide this year, even older than the festival itself, led by more-than-four-score aged British director Ken Loach. "He's just as young as ever," said Festival director (délégué générale) Thierry Frémaux.

Some old favourites, one might say, have made it to the 2019 final séléction with a number of returnees and indeed repeat Golden Palm winners like Ken Loach with his tale of a struggling lorry driver in Sorry We Missed You. The Dardenne brothers are in the running with their Young Ahmed and like Loach, have been twice crowned at Cannes.

The people factor
Welcomed back with open arms, it's the 7th time Fists in Pockets' director Marco Bellochio's films have been selected for the Palme D'Or since 1980 with A Leap in the Dark. His entry is a mafia biopic, The Traitor, about Tomasso Buscetta. For Terence Malick's first time at Cannes since winning the prize in 2011 for A Tree of Life, it's an Austrian Second World War biopic about a conscientious objector, Franz Jägerstatter in The Hidden World.

Young, and French, hopefuls
"Ken Loach said 'why me again? Why don't you leave me out and pick someone younger?'" confided Thierry Frémaux as he recounted Loach's generous reaction on learning his nomination this year.

Frémaux and his selection panels have not left out Loach, nor ignored younger talent. The range of age and experience is pretty comprehensive for this level.

43-year-old Romanian director Corneliu Porumboiu has two Cannes Festival awards and half a dozen features under his belt, his entry is The Whistlers.

Moreover, Les Misérables, is 41-year-old Malian-born French director Ladj Ly's debut feature. He worked with filmmaker Stéphane Freitas on the acclaimed 2016 documentary A voix haute, which follows students whose parents emigrated to France, in training for a French university-level public-speaking contest. Les Misérables is a film about a policeman who is transferred to the anti-crime brigade of a northern Paris suburb.

Hooray for Africa
With one film from a Moroccan film maker, Maryam Touzani, one from Algerian-born Mounia Meddour and one from a Senegalese first-generation French woman, Maty Diop, Thierry Frémaux recognised that "these women directors are part of the renewal of cinema made-in-Africa. They have a certain way of making films, of telling their stories."

French and female
More than 13 female directors are included in the line-up this year, four of them could win the Golden Palm. Céline Sciamma's Portrait of a Young Woman on Fire is her second film at Cannes after the 2007 La Naissance des Pieuvres (The Birth of Octopi) which was slotted into the Un certain regard section. Maty Diop's Atlantic is shot in Senegal, her parents birthplace. Little Joe by Jessica Hausner is about genetic modification, and Sibyl, about a psychotherapist finding inspiration for a new life through her old job, is from Justine Triet, who like Sciamma and 36-year-old Diop, is part of the French contingent.

Arnaud Desplechin is among the other French directors whose works have been selected this year. His film is set in his native town in the north of France and called, Roubaix, une lumière. There's also Bruno Dumont and Zabou Breitman with Eléa Gobé Mévellec, with a film set in Afghanistan, as well as Christophe Honoré with films in the Un certain regard.

Film fare for fans
Out of competition the festival always reserves space for some irresistible movies. Among them in 2019, Claude Lelouch's new sequel to his landmark 1966 film, A man and a woman. Les plus belles années d'une vie (The best years of a life) will star the same actors, Jean-Louis Trintignant and Anouk Aimée. The original film won the Palme d'or award 53 years ago.

If that's not your idea of fun, you could opt for Rocketman, Dexter Fletcher's biopic on Elton John, who may well attend.

Presenting TV
Cannes in recent years has made a place for the popular television series format which has attracted so many well-loved directors and cinema actors. In the Out of Competition section Nicolas Winding Refn will be previewing two episodes, four and five, of Too Old To Die - North of Hollywood, West of Hell. Filming for different formats, big screen public viewings, TV and mobile devices will be one of the subjects in this year's masterclass series.

The festival said on Thursday that more films may be added to the list in the coming days.