"Palm Sunday" Is Not A Historical Event 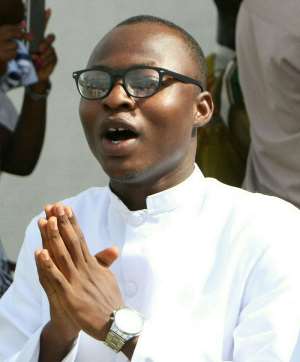 The feast of Palm Sunday commemorates Jesus triumphant entry into Jerusalem the week before his passion and crucifixion. [Thus a week prior to the holy or Passion Week].

Some 450-500 years prior to Jesus' arrival in Jerusalem, the prophet Zachariah had prophesied the feast we celebrate today as Palm Sunday. He is noted to have said Rejoice greatly, Daughter of zion, shout daughter of Jerusalem, see your king comes to you, Righteous and Victorious, lowly and riding on a donkey on a colt, the foal of a donkey.[Cf . Zachariah 9:9]

For centuries, Christians have commemorated this feast day by waving branches of palm tree as well as with liturgical procession and celebrations. To the ordinary Christian this gesture is a usual routine that occurs annually on every Palm Sunday, where we either bring or are given a palm frond while we sing and wave in a procession but it must be noticed that on a greater dimension it has a religious, spiritual and theological implication on every individuals Christian journey.

It must be recognized that the Palm Sunday event is one of the few events that is said to have been recorded in all the four canonical gospels [Thus Mathew, Mark, Luke and John] obviously the purpose is to strike the gospels reader to pay attention to its enrich significance as illustrated by all the four different inspired gospel writers.

Particularly it is recorded in the Gospel of John that the crowd scattered in front of Jesus even as he rode into Jerusalem as they were waving him with palm branches and spreading it also on the path that he was riding on. [Cf. John 12:13] They took palm branches and went out to meet him, shouting Hosanna”.

This waving of palm fronds still remain as an important element of todays celebration. The question remains as why did John choose to describe to us emphatically the kind of branches that were used? Why did the women of Jerusalem also choose to wave Jesus with this same branches because for all you know, there were a whole lot of trees and branches, expensive and beautiful ones all around the city of Jerusalem.

Historically, in the Greco-Roman culture which strongly influence the Christian tradition, culture and theology, the palm branch was a symbol of Triumph and Victory.

Again, in the Jewish tradition, the palm branches is a symbol of rejoicing. [cf. Leviticus 23:40]

Similarly, in many lands in the ancient near east, it was customary to cover in some way the path of someone worth of the highest honor as their king, it is with this understanding that Jehu the son of Jehoshaphat was treated with this same honor during his coronation.

In line with this, when the people recognized Jesus as one who has come to liberate His chosen people “politically and spiritual”, they welcomed him as their king, as one who has conquered and as the prince of peace. Remember that traditionally they couldnt have welcome their king without the waving and spreading of palm fronds for him to pass on. By this they proclaimed the true identity of Christ as the victorious king and as the prince of peace and the awaited Messiah.

In our days too, this celebration has not taken any tremendous different theological dimension at all, we too by waving our palm fronds on this feast day also only seek to portray Christ as the True son of God who had come to die and liberate us from our sins and for our salvation, and victorious king and the one who has conquered the world. For the Lord himself bears this testimony of himself when he said to us in [Cf. John 19:33] But rejoice for I have overcome the world.

Now we have realized the theological and spiritual relevance of the use of palm frond on Palm Sunday , the question that strikes the mind is ,so what happens to places or countries where there are no palm trees? How do they also celebrate this important Christian feast in the absence of this Palm frond? are they out of this celebration ? The answer is No, they are not out of the celebration.

In many places in the world where there is the difficulty in procuring palms due to unfavorable climate, it led to the substitution with native trees including Olive and Yew and because the Sunday is often named after this substitute trees, in some of such places, this feast is also called the Yew Sunday or by its general term as the Branch Sunday. Or better still some modern churches will also have the option of sourcing palm fronds from other regions of the world where the climate makes it possible for it to grow, thats to say that the use of palm fronds on the feast of palm Sunday has a relevant theological, liturgical and historical implication.

In Conclusion, by saying that the Christian celebration and use of the palm fronds on Palm Sunday is idolatry as some pastors and Christians will claim is sheer ignorance. Again it is not only a past historical event that has no spiritual bearing on our lives today as Christians and therefore needs to be abandoned but rather I must say that, it has a direct religious significant role in our lives as Christians.

Today Jesus no longer seeks to enter into the Holy city of Jerusalem but rather He seeks to enter into our Sinful Hearts where his sovereign rule will endure forever. Similarly we do not also only wave him with palm fronds today but also with ever cheerful hearts filled with love we receive the coming Messiah into our hearts in today's celebration.