James Kofi Annan Thrown Out Of UEW For Being A Hypocrite 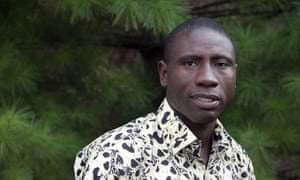 Mentally exhausted James Kofi Annan who has been parading himself on the streets of Winneba as an independent candidate on Friday morning was thrown out of UEW campus for being a stomach walking busy body all over the premises of the north campus.

This busy body walked to Dr Jinapor pledging his support for UTAG on their stance concerning the UEW impasse which has been resolved through the intervention of the minister of Education, Mathew Opoku Prempeh.

It is instructive to note that, same disgraceful James Kofi Annan took on UTAG for stepping in the unlawful decision of Father Anthony Aful Broni which sparked agitating students to register their displeasure by demonstrating against the unconstitutional dismissal of their lecturers.

Out of hypocrisy he approached Dr. Jinapor for his unwavering support of UTAG but was asked to leave the premises of UEW for being an inconsistent busy body all over the premises of UEW. He was subsequently subbed as a hypocrite who goes to the south to muddy the water and comes to the North to ask for those who did it.

It appears that James Kofi Annan who was seriously disgraced on Asempa Fm a few days ago has a lot of credibility issues. Aside from the credibility, the question is how can someone who defied common sense to defend the capricious dismissal of lecturers which is currently the bone of contention later turn to seek the support of UTAG for opposing the decision?