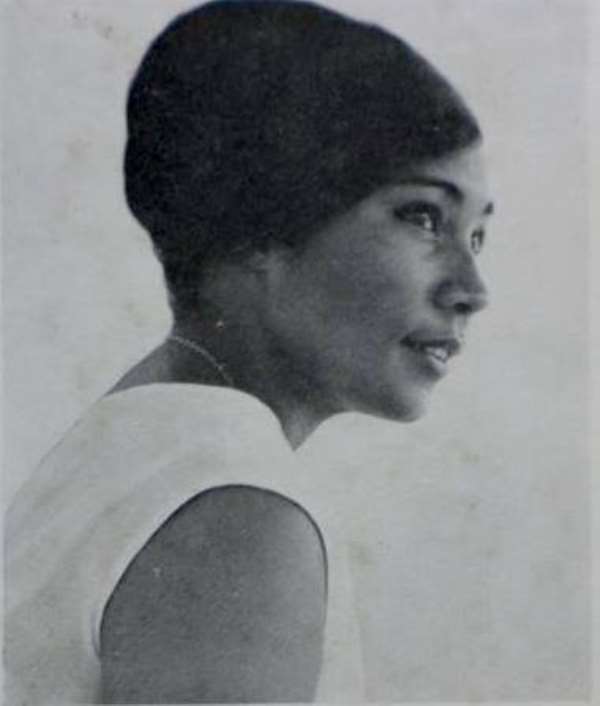 Genoveva Marais, Nkrumah's Confidante.
Genoveva Esther Marais was born in South Africa. She had been more intimate than anyone else with Kwame Nkrumah throughout his 15-year rule of political power and remained his bosom companion and confidante. The 16th March 1966 issue of the Life Magazine describes her as “Nkrumah’s slender mulatto mistress” who was jailed for possessing a Thunderbird vehicle upon his overthrow.

Genoveva attended the Fort Hare and then Rhodes University in South Africa, where she obtained a Diploma of Education in addition to B. A. Genoveva then taught English for a year at the William Pescod Highschool. Miss Marais then went to New York, staying there for over three years and obtained an M. A. From Columbia University, while concurrently pursuing a variety of cultural courses. She got into modelling too.

She reached the new nation of Ghana on February 22nd 1957. She went to Ghana just before its Independence to be Inspector Schools. This offer came through the Colonial Civil service, Michael Dei-Annang had been the recruiting officer. It was at the Independence State Ball that the Prime Minister requested the pleasure of meeting her. Genoveva later became Head of Television Programmes with the Ghana Broadcasting Corporation. She has acted in and produced many plays for radio and television, and taken part in Shakespearian theatre.

Among her main interests can be listed piano, tennis, interior decorating and writing. Genoveva Marais was expelled from Ghana when Nkrumah was overthrown. She married Victor S. Kanu, heir to one of Sierra Leone’s royal families, the Chieftaincy of Malal. He had served as the High Commissioner to the U. K. For Sierra Leone but was dismissed from his post for his marriage to Genoveva Marais.

When Genoveva Marais was on her way to Guinea to see Kwame Nkrumah after his overthrow, she stopped in Togoland, where the Chief of Security paid her a visit at her hotel and summoned her to the Sûrete, the police headquarters. There, Genoveva was interrogated by six men, including two Ghanaians. Her bags were thoroughly searched and some of her possessions threatened with confiscation. After an initial house arrest, they allowed her to leave.