Are French Schools Failing To Teach About Anti-Semitism? 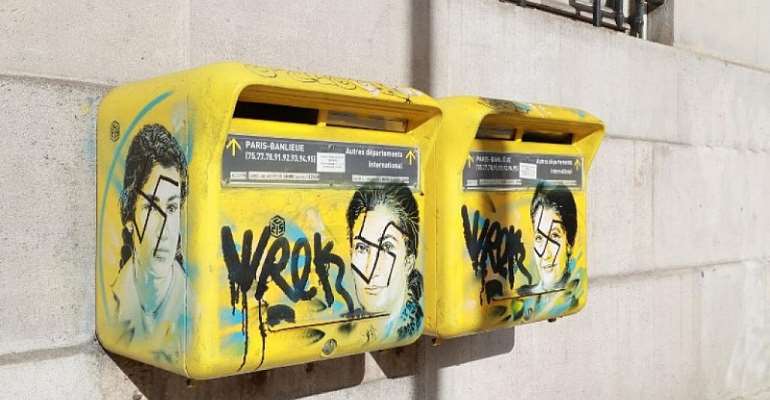 France tasks school with transmitting civic values, and every rise in intolerance, especially anti-Semitism, as reported this week , leads to a questioning of the role of education. But educators find they don't have enough resources or time to properly address these heavy subjects. One teacher is on a mission to change how the Holocaust is taught.

“School is the place where all children come, and it is where you give the children tools to understand the world they live in and be citizens,” says Marine Quenin, the founder of an organisation, Enquete , which provides support for educators to teach about religion and religious tolerance.

The idea is to teach religion to children and the French concept of laïcité , loosely translated as “secularism", in order to explore differences and show that “there are people who do not believe the same thing, and also that there is diversity within a faith.

"Talking about 'The Jew', 'The Muslim', 'The Atheist', doesn't make sense because there are people behind those convictions.”

French schools are tasked with teaching religion, but not as a specific subject. Rather, religion is to be addressed through other subjects like French, history or science classes.

Even so, Quenin says teachers often do not touch the subject because they think that the “laïcité”, or the secular roots of French school and French society, prohibit them from doing so.

“Some other teachers understand that it has to be dealt with, but they are very afraid of doing so,” she says. “It's very touchy and sensitive in France, and they feel like they don't have enough knowledge to deal with it.”

Organisations like hers try to give that knowledge. Each year Enquete addresses 800-1,000 students and trains 1,500-2,000 educators.

Learning about Jews through the Holocaust

“Anti-Semitism is not part of the school curriculum,” says Iannis Roder, middle-school history and geography teacher in Saint Denis, a northern Paris suburb.

“In fact, Jews don't show up either. In school curriculums in France, Jews appear at the birth of Judaism… and then there is a chronological jump. And we get to the Dreyfus case. And then we find Jews in Germany in 1933. So we know nothing about Jews.”

And this, he says, is problematic when you want to teach history, like the Holocaust.

Roder is also the head of teacher training at the Paris Shoah memorial, and was speaking at a conference about teaching the Holocaust.

“Making it the responsibility of the Holocaust to fight against anti-Semitism without explaining who Jews are and what anti-Semitism is, is a real problem,” he concluded.

The Holocaust appears in history curriculum in France in middle school and in high school, and Roder says he is expected to teach it during the week in which he also teaches about the entire Second World War.

Teachers often gravitate towards the emotional impact of eyewitness testimony, inviting survivors in to speak to their classes, or organising class trips to Auschwitz or other death camps.

But Roder argues that the emotion can overwhelm a critical eye necessary to understand why the Holocaust came to be.

“Rather than a moral approach, I think we should take a political approach,” he said about teaching the subject. “What made a country like Germany shift? And what happened so that a group in power, the Nazis, put in place a genocide?”

The Holocaust and the Final Solution were policies put in place by institutions, thought out rationally by people, he says, which is a civics lesson that applies even today.

“We must take seriously, even today in 2019, those ideas which seem the craziest. Because history showed that the craziest ideas from people in power can be put in place.”

Is school doing its job?

Roder worked on a December 2018 study on perceptions of genocides in France which found that young people are less sensitised than older people to the issue of anti-Semitism and the horrors of the Holocaust.

In the study, 64 percent of 18-24-year-olds called the Holocaust a “monstrous crime”, compared to 77 percent of the general public.

And when it came to anti-Semitism, 67 percent of young people said they believed that French Jews feel secure, compared to only 47 percent of the general public.