Omane Boamah writes: Deliver us from drones that can drown Ghanaians 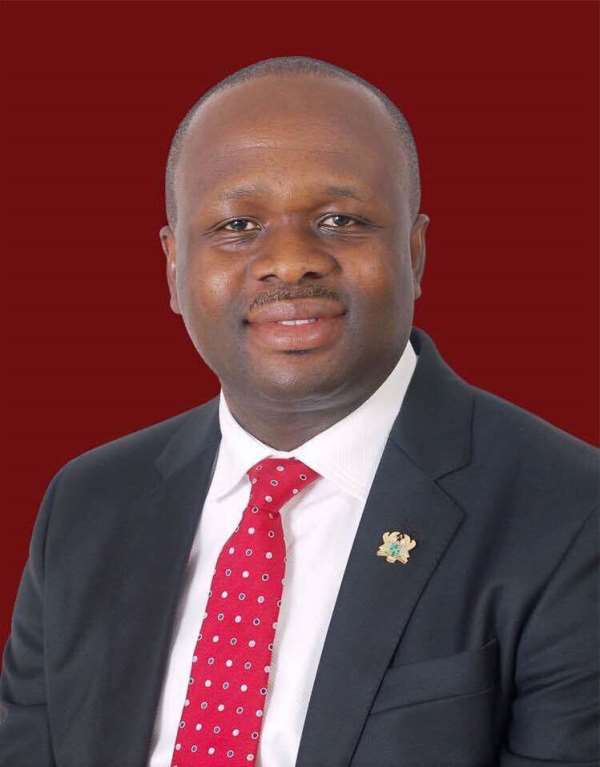 In mid-2008, I was on night duty at the 37 Military Hospital, a United Nations Level IV Facility. I was called in the dead of night to the Anoff Ward to attend to a very young male patient who was at the point of death.

He eventually died in theatre. Although so many years have passed since the incident, I still feel the pain of his avoidable death. The rest of the story is history, but the lesson remains that administering blood transfusion is not a simple affair; it is a critical process that can be life-threatening even in specialised health facilities.

Fast forwarding to a decade later – on Saturday 8th December 2018 – I heard the Director General of the Ghana Health Service on the radio. He was passionately employing both Task Shifting and the need for urgent blood transfusion during emergencies in less resourced health facilities to justify the controversial decision to spend a whopping US$ 12 million on drone services in Ghana. So far, little has been said about the implications for aviation.

Ordinarily, I would have let this slip by but how can a ‘citizen not a spectator’ look on unconcerned as human lives are to be experimented on when a stupendous amount of US$ 12 million is to be spent when the justification being adduced is crooked? It appears the more government commentators speak to this drone matter, the more the nagging questions emerge. On this occasion task shifting, blood transfusion and implications for aviation emerged.

Managing Director of Telesol, a 4G-internet service provider said the company is set to adopt new technologies to widen the current digital divide between Africa and the rest of the world beginning from Ghana.

TASK SHIFTING AND BLOOD TRANSFUSION
Task shifting is great! But task shifting is not new to Ghana and Africa. It is basically the delegation of a task which requires high skills, to an available human resource who have a lower qualification (WHO, 2006; Dovlo, 2004).

Notwithstanding the successes associated with task shifting with respect to maternal health and HIV/AIDS, in 2008 the World Health Organisation had cause to strongly recommend careful selection of tasks, appropriate roles definition and adequate supervision if task shifting is to succeed without sacrificing standards. This recommendation is appropriate and applies to Ghana if one considers the complexity of some of the tasks involved.

Therefore, when I heard Dr Nsiah Asare, who is the current Director General of the Ghana Health Service include blood transfusion in the list of services to be delivered by the drones in settings where health professionals with the requisite mandate to prescribe blood and blood products will not be available, I shook my head in utter disbelief.

I wondered how a whole Director General of the Ghana Health Service could shockingly approve of such a venture knowing fully well the grave dangers in delivering blood and blood products. Moreover, the Clinical Blood Transfusion Policy of the National Blood Service, Ghana http://nbsghana.org/wp-content/uploads/2015/07/Clinical-Blood-Transfusion-Policy.pdf is explicit on the roles and responsibilities involved in blood transfusion.

I believe it is for a good reason backed by evidence that the policy was structured in that manner.

The framers of the policy must have taken into account: the need for blood tests (grouping and cross-matching with its rare exceptions) required before transfusion; who is qualified to insert the cannula in a vein (venepuncture); and the spectrum of transfusion reactions which can be life-threatening.

However, if we have come to the point where we believe we must satisfy a National Drone Health Service initiative by the President Akufo-Addo government, I strongly recommend we must not put the cart before the horse. The necessary inter-sectoral policy reviews must be done urgently.

But must a review of the blood transfusion policy be driven by this drone-contract and not by evidence and sound emergency health care needs?

I have already shared with you from the outset how a very young male patient lost his dear and promising life as a result of complications from blood transfusion in the midst of inadequate equipment for resuscitation. One can, therefore, extrapolate what the implications would be in the peripheral health facilities which are far less resourced than the 37 Military hospital.

IMPLICATIONS FOR AVIATION
Putting telecommunication and aviation balls in the air and afloat:

Have we considered the implications for the aviation sector when hundreds of drones begin to fly about?

Is the Ghana Civil Aviation Authority equipped to handle the entropy that will affect air traffic control?

In fact, the aviation implications which include the availability of robust low level radar services to avoid conflicts and or collision between helicopters and the drones is real and imminent. It is not for nothing that drones do not work within certain radii around airports unless clearance is given to lift off the restrictive code.

In this drone for emergency health services scenario, we are being told hundreds of drones are going to be flying around. They will certainly interact with domestic flights – particularly helicopters. Therefore, the Ghana Civil Aviation Authority ought to be assuring Ghanaians about aviation safety.

CONTEMPT FOR COST-EFFECTIVENESS
I believe a well thought-out emergency health policy will prioritise the well-being of Ghanaians and ensure both economic fairness and cost-effectiveness if the government is to spend this US$12 million.

I am curious to know if the cost involved in this drone deal has been weighed against the benefits, quality and utility of the services that will be rendered? This question does not require the usual flippant answer, “no amount of money can replace a life.” We already know this.

I do not expect Dr. Bawumia and the leadership of the Ghana Health Service, who have been at the forefront of the drone deal to omit the under listed during their feasibility studies:

-Cost-Benefit Analysis;
-Cost Quality Analysis; and
-Cost-Utility Analysis.
Hence it will be worthwhile, if government shared with Ghanaians the report of any such analysis conducted prior to this initiative considering that, there are other acute and critical competing needs in the health sector which require funding.

But if such analyses were not undertaken prior to launching this initiative, then Dr Bawumia (our Vice President), the Ghana Health Service and other proponents of this initiative have done this country a great disservice.

I am not for one moment suggesting a drone delivering health services will be of no benefit. I am only highlighting the critical matter of personnel and equipment needed in administering blood, aviation implications and the efficient and prudent use of the US$12 million if the government had exhaustively diversified its thoughts and consulted broadly.

CONCLUSION: TOO MUCH ZEAL FOR WHAT IS NEW
As our nation broods over this drone deal and many more deals that have passed in the name of technology adoption including the GhanaPost GPS scandal; while not knowing when these technology deals will end under this government, let us reflect on this wise prayer of the renowned physician, Sir Robert Hutchison:

“From inability to let well alone; from too much zeal for the new and contempt for what is old; from putting knowledge before wisdom, science before art, and cleverness before common sense; from treating patients as cases; and from making the cure of the disease more grievous than the endurance of the same, Good Lord, deliver us.”

Clearly, the attempt by the Director General of the Ghana Health Service to use emergency blood transfusion within the context of task shifting to justify this drone deal bothers on clutching at straws and shows too much zeal for the new. It, sadly, reveals that the policy was procurement driven instead of programme driven.

Already, a myriad of costing deficiencies has been pointed out by other stakeholders, yet this government is recklessly pursuing the drone deal.

Deliver us from too much zeal for the new and contempt for what is old;

Above all, deliver us from making the cure of the disease more grievous than the disease itself.’ Otherwise, this drone deal will drown Ghanaians.