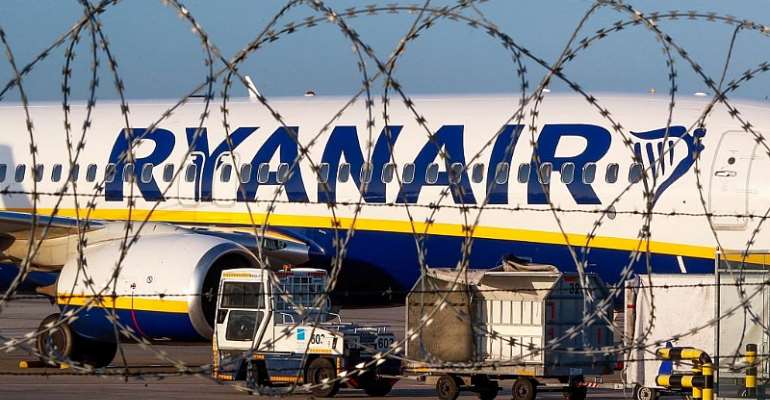 The French civil aviation authority said Friday it had seized a Ryanair plane to get the Irish low-cost airline to repay illegal public aid, the latest in a string of troubles for the carrier.

The EU Commission in 2014 ruled that subsidies Ryanair received from a regional authority had to be repaid, but the airline had not complied despite repeated warnings.

The plane was seized on Thursday at Bordeaux airport in southwestern France.

"This measure was taken as a last resort by the French authorities after several reminders and attempts to recuperate the money failed," the DGAC civil aviation body said.

"By this action, the government reaffirms its intention to guarantee the conditions of fair competition between airlines and between airports," it said.

The plane "will remain immobilised until the sum is paid".

It was "regrettable" that the 149 passengers on board the plane had to wait five hours before being able to take off from the Bordeaux-Merignac airport in another Ryanair aircraft, the civil aviation body added.

Regional newspaper Charente Libre reported that the plane was close to take-off for London's Stansted airport when a bailiff declared it seized on the tarmac and sealed the aircraft.

The airline owes the regional authority 525,000 euros, the paper said on its website.

Ryanair's fleet is made up mostly of Boeing 737-800 aircraft, which have a list price of more than €90 million each.

Last month, EU anti-trust authorities opened an investigation into whether Ryanair benefited from measures at a German airport that give the Irish low-cost carrier an unfair leg-up over competitors.

And last week ministers from five European governments warned Ryanair that it could face legal trouble if it ignores national labour laws after a series of strikes across the continent.

The pan-European stoppages prompted the airline to cut its profit forecast, but it still expects to make profits after tax of 1.10-1.20 billion euros in its current financial year.

Ryanair is also fighting an order by Italian regulators to suspend a charge for carry-on bags.