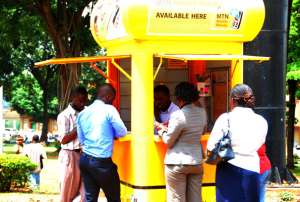 Tema, Oct 13, GNA - The Mobile Money Agents Association of Ghana (MMAAG) is asking their respective telecommunication companies on the mobile money platform to insure them.

Speaking to the Ghana News Agency on Friday, the executive members of MMAAG, said the mobile money business was a risky one and therefore the need for the formulation and implementation of an insurance policy to cushion merchants.

They noted that the upsurge of armed robbery attacks on merchants had put fear into majority of their 95,000 members across the country as there were no protection for their lives and operations.

According to them, they had become a target of robbery and fraud.

They added that it was their wish to work deep into the night to enable the public have access to money during emergencies but the absence of an insurance policy to cover them was preventing most of the members from doing so.

They suggested that premiums for the insurance could be shared among the telecom operators and the mobile money agents, since the operators provided the system for the transactions while they provided the cash for the business.

Touching on other issues, they appealed to them to make available their withholding tax certificates to them after deducting the five per cent and filing with the Ghana Revenue Authority.

They observed that the current practice of the telecommunication companies deducting them while not showing them any proof of filing was not a best practice.

The MMAAG executives further reminded the companies that, agents were major stakeholders in the business therefore the need for them to be consulted in the setting of commission rates, deductions, among other decisions covering the mobile money business.

According to them, even though the mobile money business was flourishing, and the telecommunication companies were making a lot of profits from the transactions, the agents who provided the cash for the transactions were not cashing in as they deserved as they had no say on how the companies set their commissions, penalties, among others.