Roadmap For New Regions Should Be Respected 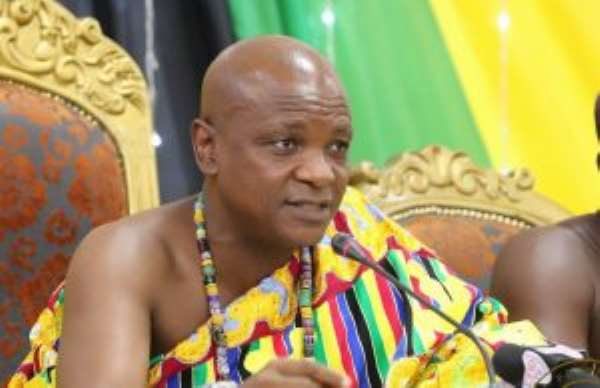 The President of the National House of Chiefs, Togbe Afede XIV, has called for strict adherence to the constitutional road-map for the creation of new regions.

According to him, the exercise is delicate and so adherence to the road-map is necessary for the promotion of peace and unity.

Speaking at the General Meeting of the National House of Chiefs in Kumasi, he charged Ghanaians to uphold the truth in the creation process.

“I advise that this road-map is respected in the interest of peace and unity. I want to appeal to all Ghanaians. Those who are for and those who are against the creation of new regions, and indeed all Ghanaians to uphold the truth for the sake of our country.”

Referendum slated for December 27
The Electoral Commission has set December 27, 2018, for the referendum on the creation of the new regions.

The Commission is expected to embark on a series of activities including the registration of new and continuous voters, the exhibition of the voters' register, as well as processes for the transfer of votes and or the grant of proxy votes.

The government and the Electoral Commission (EC) have however been dragged to the Supreme Court over the proposed creation of the regions.

The first one was filed by a group calling itself Strategic Thinkers Network-Africa, which was seeking an injunction on the referendum process in beneficiary communities, followed by another suit by three individuals, namely Mayor Agblexe, Destiny Awlimey, and Jean-Claude Koku Amenyaoglo.

They are seeking clarity on whether the referendum for the new regions “must take place in and involve inhabitants of the whole region or alternatively… [whether] every resident of a region that is to be altered is entitled to be registered and allowed to vote in such a referendum in accordance with Article 42 of the Constitution of Ghana, 1992.”

The three also want the apex court to direct the government to “produce a certified copy of the final report of the commission of Inquiry for the Creation of New Regions containing the recommendations submitted to the President.”

The EC is putting measures in place to hold a referendum in parts of the country for the creation of six additional regions following recommendations by the Justice Brobbey Commission.

The 19-member Commission after holding nationwide consultations urged the government to create the administrative regions to be known as Oti, Ahafo, Brong East, Western North, North East, and Savanna.