Coalition of Volta Youths to challenge Referendum results in court 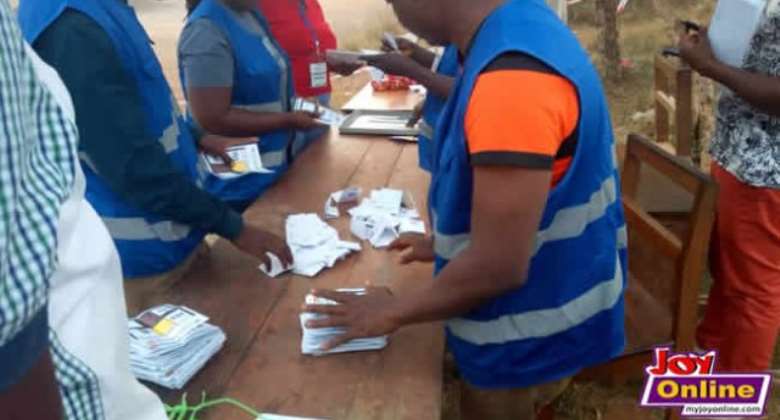 The Coalition of Volta Youths has indicated they will go to court to seek redress following what they say are widespread regularities in Thursday’s Referendum organized by the Electoral Commission (EC).

Simon Kofi Ohene, Chairman of the Coalition of Volta Youths, who made the intentions of the youths known, says assurances by EC to investigate regularities are not enough.

The EC says it is investigating allegations of vote rigging in the just ended historic Referendum on the creation of six new regions.

Mr Ohene, speaking on Newsnite with Evans Mensah Friday, said “since the beginning of the process, there have been serious infractions and violations which have not been properly addressed.”

“In the actual fact, there were low voter turnouts but look at what the Electoral Commission is putting out as the high turnouts…votes were not counted at the polling stations. Ballots were taken out to wherever they have taken them, to go and count,” a disappointed Coalition of Volta Youths Chairman said.

He alleged that chiefs used local languages to convince their subjects to vote ‘Yes’ and “they were intimidating people even the MCE of the area went around driving off polling agents of the ‘No’ campaigners.”

Asked if he does not trust the EC to do due diligence in investigating the allegations, Mr Ohene said the Commission before the Referendum showed bad faith by even defying a supposed injunction not to proceed with the exercise.

“The Electoral Commission that was served with an injunction not to go ahead with the election and decided to go on, how can I trust such [an] institution,” he said.

According to him, “we are in discussion with our lawyers to see what the way forward will be…I’m disappointed to be a Ghanaian.”

When Evans Mensah pressed further for clarification if they will be going to court, he responded “sure."

"This is the last option as law-abiding people; the last thing you have to do is to go to court.”