Dangote To Help Ghana Grow Its Own Sugar 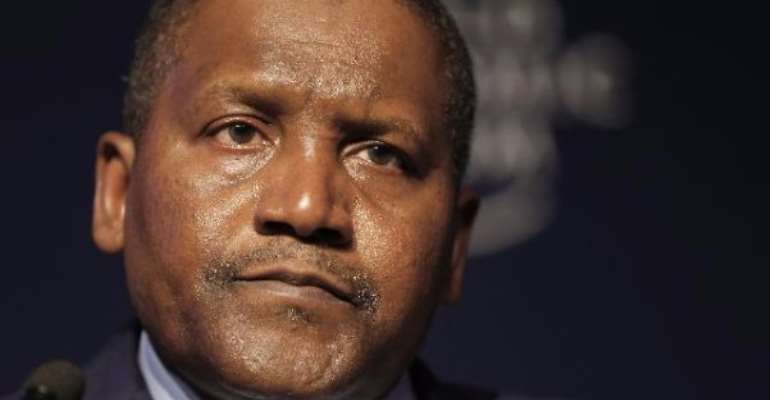 Mr Dangote said he is further expanding his sugar business in Ghana for the main reason of helping to revitalize its economy.

He said, “We are going to help Ghana grow its own sugar for the first time.”

Speaking during “One to One Conversation” at the on-going 5th annual Financial Times African Summit, the Nigerian entrepreneur said the key to Africa’s economic growth and strength is in the development of the regional market, saying “Regional markets in Africa must work."

He stressed the need for Africa to buy from Africa, hence the need for free trade agreements by African nations.

He wondered why Nigeria’s neighbour Benin Republic would continue to import cement from China while his factory in Nigeria is only 35 miles away from the border.

“We need to continue to transform the structure of African economies,” he said, adding that it was his company’s commitment to doing this that made it enter the Ghanaian sugar industry.

Dangote began exporting sugar to Ghana about five years ago with a company representative in 2013 saying that the company’s sugar was better than the ones imported from Argentina, Mexico, North America and Brazil.

Ghana’s sugar production has suffered a huge blow after the collapse of the Komenda and Asutuare Sugar factories with importation the only option to satisfy the huge local demand.

President Akufo-Addo has said his government is in the process of finding a strategic investor to revive the Komenda Sugar factory.

Ghana spends about $200 million to import sugar annually and the Komenda Sugar factory was expected to change the situation.

Dangote’s sugar refinery Dangote took over Savannah Sugar Company from the Federal government of Nigeria in 2003, cultivating a total of 18,000 hectares and employing approximately 20,000 people -- made up of direct employees and farmer out-growers.

Dangote Sugar Refinery Plc commenced business in March 2000 as the sugar division of Dangote Industries Limited. The sugar-refining factory at Apapa port, Nigeria, was inaugurated in 2001 with an initial installed capacity 600,000 metric tonnes of raw sugar per annum.

The refinery has since undergone two expansions, increasing the production capacity to about 1.44 million metric tonnes per annum, making it the largest sugar refinery in sub- Saharan Africa and second-largest in the world.