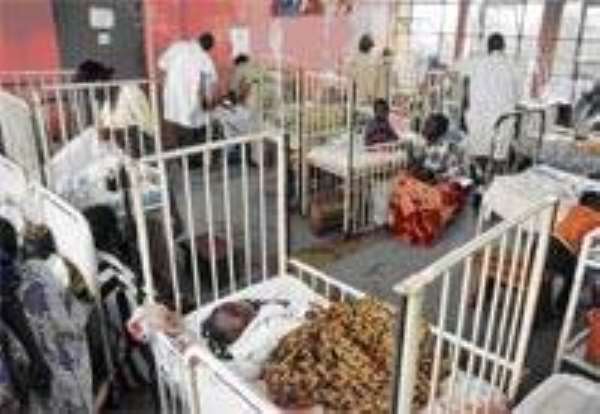 Ms Hannah A. O. Acquah, the Director of the Ghana College of Nursing and Midwifery (GCNM), has called for the need to encourage specialization in nursing services, to ensure specifics and the division of labour for effective health care delivery.

She said such specifics does not only strengthen standards, but also provided a clear characteristics of a product or service that has the ability to satisfy stated or implied needs, through efficiency, to achieve maximum productivity with minimum wasted efforts or expense.

This, she said, was because childcare requires special qualities such as friendliness, patience, genuine love, and a fair understanding of their complex body needs to be able to address their needs.

Ms Acquah made the call in her keynote address at the maiden National Congress of the Paediatric Nurses' Group in Accra.

The event was held under the theme: 'Promoting Quality and Efficient Paediatric Care; The Role of the Paediatric Nurse".

Ms Acquah gave some statistics released by the WHO in 2017, which showed a horrific daily mortality of 7,000 new born deaths globally, despite the seemingly decreases in deaths of children under five years, while a UN global report, has further showed that out of the 15,000 children who died in 2016, 700 (46 per cent), were babies who died in the first 28 days of life.

She said the report indicates that considering the current trend, 60 million children would die before their fifth birthdays between 2017 and 2030, and half of them would be newborns.

Ms Acquah said the theme for the Congress, was very timely and appropriate because it sent a wake-up call, as well as a sign of the readiness of the Paediatric Nurses' Group, to make an impact on the lives of especially, Ghanaian children and their families.

She acknowledged the tremendous contributions of nurses to quality health care delivery, but said current trends and the highly alarming global statistics on child mortality required strengthened collaboration in advancing especially Paediatric nursing care, to address the sophisticated needs of these clientele who suffered lots of modifiable risks and preventable deaths.

Ms Acquah commended the founders of the Group for the successes of nurturing a dream and taking bold steps to increase the number of Paediatric Nurses from as low as one to the current 300, in partnership with the GCNM and other professional bodies, with the shared vision of advancing the quality of health care services in the country.

She called for improvement in and focus on areas such as family centered care, based on the understanding that the family was the first source of information, and an immensely support to the care and therapy for patients' recovery; ensuring safety in terms of regular checking of key records of growth, as well as prevention from environmental dangers and medications; watching out for early signs of illnesses, and creating and implementing early childhood care programmes including immunizations.

Ms Acquah stressed on the need for the Paediatric Nurse to be time conscious and punctual to their duties, ensuring gender equality and fair treatment al patients, being Information and Communication Technology (ICT) compliant to be able to send key reminder notices to their clients for effective health outcomes.

She urged menders of the Group to take advantage of the opportunities giving by the GCNM for their professional upgrading, to help place the Paediatric Nurse high in both academia and in practice.

The College was currently expanding the scope of courses offered to further create the opportunity for specialization in nursing care in Ghana, she said.

Mrs Grace Barnes, a former Director of Nursing Services of the Korle-Bu Teaching Hospital, now retired and was among the brains behind the formation of the Group, said the Congress, served as an important platform for knowledge sharing, networking and continuous learning among the members, who came from all the regions of the country.

She seized the opportunity to introduce the interim National Executives of the Group, with Ms Evelyn Kumah as the President, with Mr Peter Amoah Twumasi being the Vice-President, with offices being that of the General Secretary, National Treasurer, Financial and the Organising Secretaries respectively.

Mrs Barnes urged the members, to give their leaders the needed cooperation to help them in the implementation of the visions and aspirations of the Group.

She also stressed on the importance of maintaining high standards of professionalism among practitioners, in order to meet the changing and increasing demands of their sophisticated clients, and urged them to build good relationships and partnership with other professional groups for the harmonization of patient care, for effective health outcomes.

She said the Group, currently served as the mouthpiece for Paediatric Nurses in the country, and provided various forms of assistance including welfare issues, and also guidance for its members, to ensure quality practice and continuous professional development.