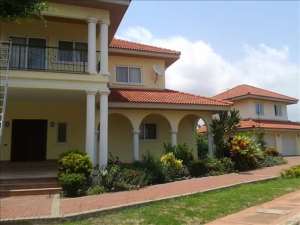 Years ago societies bled, homes were destroyed, families were shattered and engrossed in poverty and backwardness, the national security was vulnerable, the economy was broken and the state was controversially controlled by unenlightened elites who claimed to be leaders, but valued their personal interest over the masses' interest. Great leaders are people who create environments in which people naturally work together to do remarkable things. Imagine a man who considers himself leader leaving the people in the homeland and building homes abroad. During the time of his struggle with the people, he coaxed them that the path of development was going to be a smooth one. They woke up every morning, inspired him to lead the struggle for their liberation, made him feels trusted and valued during the day, but in the end he betrayed them for his mission was to maximize wealth at their expense.

In some societies people trust each other so deeply that they would literally put their lives on the line for each other, while some, on the other hand no matter what incentives are offered, are doomed to infighting, fragmentation and failure. H Boima Fahnbulleh, a Liberian politician who contested in the 1995 general and presidential elections and the just ended 2017 legislative and presidential elections currently resides in Ghana where he pays $50,000.000USD for his annual house rental. HB, as he's normally called by his colleagues left Liberia for Ghana in 2017 after his defeat in the elections.

According to H Boima Fahnbulleh, "the Liberian society is not conducive for him as a well educated man. I cannot live in a country presided over by a man who came from the slum community. I am more educated than him and cannot sit and allow him give me direction. I prefer infusing my wealth in the Ghanaian economy than an age old country that is underdeveloped". According to HB in an interview with Ghana Broadcasting Corporation (GBC) after being asked why he chose to live in exile after inciting the people over the years when he was desperate for power, he said "what is the essence of building house in Liberia when I can afford US $50,000.000 for a mansion here in Ghana?"

This is a threat to national development. When a man who claimed to love the people, sacrifice his own comfort–even his own survival–for the good of those in his care fails to create the safety circle that separates the security inside from the challenges outside, it appears as a slap in the faces of the masses. The character in H Boima Fahnbulleh has been driven by cynicism, paranoia, and self-interest. This is how a failed progressive and demigod chest beat that he is a protagonist of the struggle while he seeks material wealth. Thanks to Ghana Broadcasting Corporation (GBC) for unveiling the right information. To be continued!