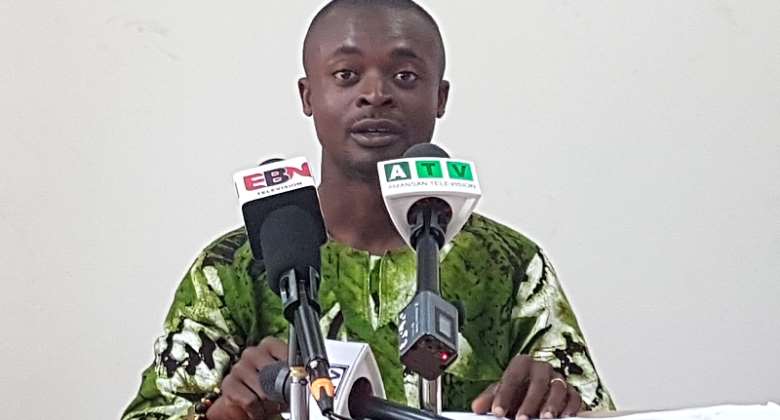 The IWC is a sole body that provides for the conservation of whale socks and thus make possible the orderly development of the whaling industry.

The IWC also involves in the conversation work of other cetaceans which comprises delegates from 88 countries including Ghana.

The forthcoming 67th IWC meeting is scheduled for September, from 4th to 14th ,2018, in Forianopolis in Brazil.

It appears that Ghana's voting pattern in the IWC does not reflect the country's current state of marine conservation as being touted.

The Chief Executive Officer of Ghana Wildlife Society, Mr. Eric Lartey, said marine life in the Gulf of Guinea is an important migration and calving habitat for marine mammals which Ghana government must vote in favour of establishing the South Atlantic Whale sanctuary and uphold the moratorium on killing of whales.

According to Mr. Lartey, unsustainable catches by foreign vessels and Ghanaian fishermen are posing significant threats globally as targeted fishing of this might potentially cause regional extinction.

"A research shows that, about half percent of oxygen taken in by humans are from the marine mammals, so you could imagine what would happen if these mammals are catch and killed by our fisherman", he said. Marine animals and cetaceans provides a significant environmental benefits, provides critical ecosystem services that enhance marine productivity and economic benefits."

He said declination in whale populations could affect nature-based tourism in Ghana because currently, Ghana national tourism development plan (2013-2027) makes significant reference to the importance of wildlife tourism and notes the potential for whale watching.

"Operations are already underway off the coast of Takoradi, and cetaceans can be seen from the lighthouse at cape three points, and several beach resorts in the western region offer facilities to tourists for whale watching ", he stated.

Mr. Eric Lartey urged ministry of fisheries and aquaculture development and the fisheries commission to resist any proposition that intends to weaken and manipulate the decision -making structures of the IWC to resume commercial whaling for selfish profits in favour of few northern countries.

"Ghana must therefore make conscious effort to block any such proposal by Japan and it's allies to overturn the moratorium on commercial whaling".