How Capital Bank Blew GH¢620m; The Inside Story 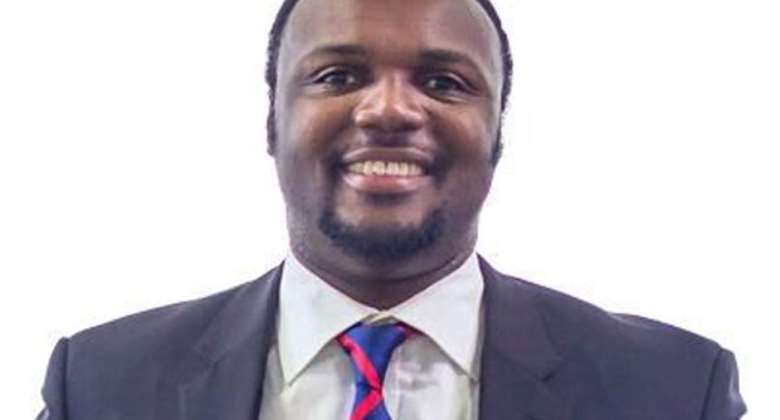 It has emerged that Capital Bank collapsed because the bank's major shareholder and promoter, William Ato Essien, flouted all banking and risk management rules by treating depositors' funds and public funds as his personal cash.

Most of the companies have gone under due to the collapse of Capital Bank.

He also invested in other companies affiliated to him in Zimbabwe, namely First Capital Plus LLC, Gye Nyame Resources LLC and Bill Minerals LLC, while in South Africa, he invested in the Essien Swiss International Capital Holdings (ESICH).

Additionally, the Capital Bank boss was said to have invested in other connected entities, namely Nordea Capital, Commerz Savings and Loans and Sovereign Bank Limited, which licence was revoked recently.

It's believed that he has interest in those companies except that his name was missing in directors' list.

Those entities have denied any connection with him.

Further Findings
The investigations also said a review of the Executive Committee (Exco) and Emergency Board Minutes of Capital Bank revealed that the Bank of Ghana issued liquidity support of GH¢620 million to Capital Bank at a time when it had dissipated all its funds and depositors were on management's neck to release their funds to them.

The BoG liquidity support, as usual, attracted an associated cost.

Embezzlement shocks management
The report further said at an Emergency Board and Exco meeting held on 13th October, 2015, the bank's management expressed concern about the use of the money from the BoG thus: GH¢27.5 million was used for business promotion and handled by a board member (whose name was not disclosed); transfers were made to IFS to the tune of GH¢23.9 million; Nordea Capital (GH¢65 million) and another to Alltime Capital (GH¢130 million), totaling GH¢246.4 million.

The placement of GH¢130m with Alltime Capital which was described by Mr Ato Essien as strategic funds was expected to be paid back by March 2016.

Other deals
By 31st December, 2015, the bank had a cumulative GH¢482.41 million of third party funds which could not be accounted for from 10 institutions.

The amount was eventually structured as shareholder debt with the permission of the BoG, of which GH¢10 million was paid by the Capital Africa Group owned by Ato Essien.

In September 2014, the board authorised a Labone property worth GH¢5.14 million to be given to Mr. Ato Essien while also on 29th December, 2014, it authorised Capital Bank to pay Ato Essien GH¢5.8 million, representing part of his initial capital for Class 1 Bank Licence placed with Accent Financial Services.

On October 13, 2015, at an emergency meeting of the board and executive management, Mr. Ato Essien requested a GH¢130 million placement to be made with Alltime Capital without stating the reason for this.

Executive Management opposed the request, however, Mr. Ato Essien stated that “the placement was a highly classified information and he would ensure the return of the funds plus interest on 31st March, 2016.

Dr Otabil's intervention
The report stated that chairman of the board, Dr. Mensa Otabil, assured management that he would personally ensure the return of the funds by 31st March, 2016, as assured by Mr. Ato Essien, but that did not materialize.

Continuing, it said the fact of the matter was that Alltime Capital provided evidence of acting as an arranger for two separate commercial papers purchased by the Capital Bank and issued by MC Management Services Limited (a company incorporated on October 6, 2015 by Dr. Tetteh Nettey and Abdul Rahaman Abukari) dated October 13, 2015 and by Pronto Construction and Supplies Limited (owned by Paanii Tackie, who subsequently became a shareholder of Capital Bank) in the amounts of GH¢100 million and GH¢20 million respectively.

It added that the commercial papers were signed on behalf of the Capital Bank by its CEO, Rev. Fitzgerald Odonkor and its Chief Business Officer, Horace Tettey.

Forged documents
Nordea Capital, which was reported to have received GH¢65 million in placement by Capital Bank, denied any such placement but indicated in two letters to the transaction advisors dated 13th and 28th December, 2017 that it had acted as arranger for the issuance of commercial paper to the bank from MC Management Services Limited (GH¢30 million) and Brietling Services (GH¢35m) on the instructions of the CEO, Rev. Fitzgerald Odonkor.

However, the former CEO, Rev. Fitzgerald Odonkor, denied having signed or authorized any of the commercial paper transactions arranged by either Alltime Capital or Nordea Capital.

“This situation requires further investigation if the signature on the commercial paper proves not to belong to Rev. Fitzgerald Odonkor,” the investigators recommended.

Sovereign Bank's Establishment
“Funds raised through the commercial paper issuance by MC Management Services Limited and Brietling Services were used as capitalization for the establishment of the Sovereign Bank Limited.”

Investigators comment
“In Capital Bank, there was a web of transactions involving insider parties, that is, directors, shareholders and their related companies.

“A committee made up of Board of Directors was tasked with the investigation of these transactions.

The findings were that the initial transactions imply willful deceit at the conversion stage from a savings and loan to a full tier 1 banking licence.

“At this stage, the shareholders appear to 're-engineer capital' amounting to GH¢56 million through suspect placements to local financial institutions. On 30th March, 2016, the CEO of the Capital Bank, wrote to the Head of Banking Supervision requesting that a non-existent investment of GH¢482.4 million, which included the GH¢56m, should be converted into a five (5) year debt.”

Blame for BoG
The BSD, in a letter dated 3rd June, 2016 referenced BSD/52/2016 to the Managing Director of Capital Bank, indicated that the BoG granted approval in principle for the non-existent investment of GH¢482.4 million to be structured in a loan facility to be paid by the following shareholders over a period not to exceed five (5) years: Ato Essien, Oheneba Osei Akoto, Stephen Enchill, and Kingsley Atta Ghansah.

“This action granted by the BoG could have been avoided in 2015 when the Risk Assessment report indicated that no capital had been introduced into the bank for the Class 1 Licence.”