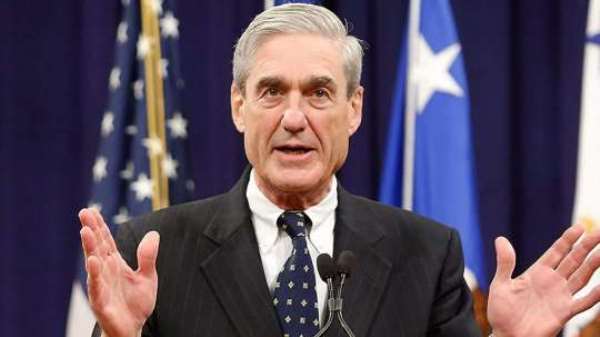 Mueller has offered to reduce the number of obstruction-related questions that investigators would ask the president but wants obstruction to be addressed in person, not just in written answers, according to CNN.

Trump's legal team had previously offered Mueller written answers to questions related to obstruction of justice.Trump's attorney, Rudy Giuliani, revealed Wednesday that they are in the process of responding to Mueller's counter-proposal for a potential interview with the president.

The president has "always been interested in testifying," said the former New York City mayor.

"It's us, meaning the team of lawyers, including me, that have the most reservations about that."The two sides are still negotiating, but they're only taking "baby steps," according to CNN.

Giuliani told CNN on Monday that the legal team is open to Mueller interviewing Trump with questions related to "an area of collusion, not obstruction."

But he also said the team would consider "one or two questions" of obstruction if "they really need."

In a series of tweets Wednesday morning, Trump said Sessions should stop the Mueller probe, which he again labelled as "Rigged Witch Hunt."

Addressing speculation about the president's intention, White House Press Secretary Sarah Sanders told a press briefing later in the day that the tweet is an "opinion," not an "order."

Trump's tweet is viewed as the most direct call that demands Sessions intervene to end the probe, which critics say amounts to an attempt to obstruct justice, a claim that Sanders rejected.

Sessions infuriated the president by recusing himself from the Russia investigation last March before Mueller was appointed by Deputy Attorney General Rod Rosenstein, who's overseeing the inquiry and has defended the special counsel.

Mueller is looking into the alleged Russian interference in the 2016 U.S. presidential election and any potential collusion between the Trump campaign and Moscow, among other matters that may arise from the investigation.

Since Mueller began to lead the probe in May 2017, he has indicted or secured guilty pleas from 32 people, including several former Trump campaign aides.

The New York Times reported last month that Mueller is also investigating Trump's tweets criticizing Sessions as to whether the president has obstructed justice.

In other tweets Wednesday, Trump repeated his attacks against the probe by calling it "a hoax," claiming that Mueller is "totally conflicted" and what his team is doing is "a disgrace" to the country.

As the Russia probe continues, Trump and his political allies have ratcheted up pressure on Mueller and his team in recent months.