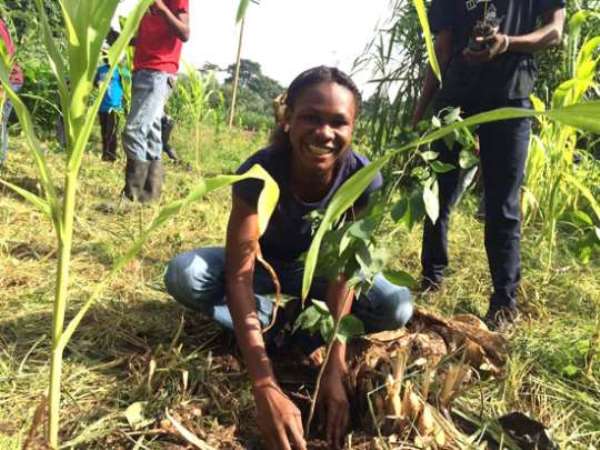 Trees Aid, a Non-Governmental Organisation (NGO) has mobilised people of 16 villages in the Yendi Municipality of Northern Region to plant trees along river Dakar near Yendi with Ecosia as the Donor.

Mr Naaba indicated that the remaining 500,926 trees would be planted till the end of August this year.

He said 432 jobs had been created so far and there was good cooperation and collaboration from the community people.

Touching on progress of work, he noted that Forestry Services Division employees were involved in monitoring visits by the Trees Aid Team and Ecosia, the Donor.

Mr Naaba said they facilitated the formation of Community Resource Management Committees (CRMCS) from the lead farmers of 160 members from the 16 villages and noted that Tree Aid Staff trained the lead farmers on Assisted Natural Regeneration (ANR) and Silvicultural practices- trees planting, mulching irrigation, protection, pruning among others.

He said there were trained Tree Aid, Ministry of Food and Agriculture (MOFA) and Forestry Services Division staff on (ANR) bush fire management and silvicultural practices and said tree restoration started in some areas like Bawku and Gbinduri among others.

He said nine new villages had been identified to continue with the planting and already six Technicians had been constructed to support the project.

Dr. Pascal Atengdem, Board Chairman of Tree Aid said he was invited as the Board Chairman to witness what they were doing about the tree planting project in the area and he was happy about the interaction that went on during the stakeholders meeting.

He said Tree Aid works with UK and Burkina Faso to ensure that there was tree restoration and reminded the youth and people of Yendi, Gambaga, Zuarungu about how trees like Mahogany were planted by their Colonial Masters and were still alive and urged them to take up tree planting seriously.

Mr Elvis Boateng, Assistant Director of Yendi Municipal Assembly assured them that the assembly was ready to support them when there was the need.

Madam Abiba Musah, the Yendi Municipal Agricultural Officer called on the people in the area to take the project seriously to protect the River Dakar adding that the cost of the seedling was high and urged them to take good care of the trees planted.