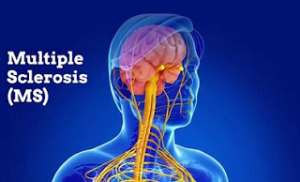 The fourth open letter to the Australian government

Approximately 1,200 U.S. military personnel that received vaccinations against biological agents during the past two years developed complex and in some cases debilitating illnesses that were assessed or treated by a specialized network of clinics, according to figures released to Global Security Newswire by the Army and a review of some cases.

The cases corresponding with a massive Defense Department effort to vaccinate U.S. forces against anthrax and smallpox before and after the invasion of Iraq, included muscle and joint weakness and pain, chronic fatigue, intense migraines, cognitive problems, and severe diseases such as multiple sclerosis. Some of these have ended military careers.

In light of a large number of people who received the vaccines, the number of serious cases treated by the Vaccine Health Care Centers, a network of four clinics at domestic U.S. military bases is rare.

Overall, the military says more than 1.3 million military and civilian personnel have received the anthrax vaccine called Anthrax Vaccine, adsorbed, since 1998, when it resumed the vaccinations after a hiatus over quality control problems.

Nevertheless, some cases have been quite severe, such as that of a retired Air Force Reserve Lt. Col. Michael Gylock, who within nine days after receiving anthrax and smallpox vaccinations in March 2003, started showing symptoms and was eventually diagnosed with multiple sclerosis and some vision loss.

"I've been retired because of it. I'm not fit for military duty," he said. Gylock and other cases were referred to Global Security Newswire by an advocate of soldiers who believe they were harmed by the vaccine.

In 1942, during the Second World War, a biological warfare test was carried out on Gruinard by British military scientists from the Biology Department of Porton Down.

The British government was investigating the feasibility of a bioweapons attack using anthrax. It was recognized that tests would cause long-lasting contamination of the immediate area by anthrax spores, so a remote and uninhabited island was required.

During these experiments, British soldiers bivouacs at the Island and received experimental vaccines against Anthrax resulting in an explosion of multiple sclerosis amongst these soldiers.

This is the absolute prove vaccines causes multiple sclerosis. Of course, the outcome of all experiments was of highest secrecy.

Since the implementation of the mass vaccination campaign against hepatitis B in France, the appearance of multiple sclerosis, sometimes occurring in the aftermath of vaccinations, led to the publication of epidemiological international studies.

This was also justified by the sharp increase in the annual incidence of multiple sclerosis reported to the French health insurance in the mid-1990's.

Almost 20 years later, a retrospective reflection can be sketched from these official data and also from the national pharmacovigilance agency.

Statistical data from these latter sources seem to show a significant correlation between the number of hepatitis B vaccinations performed and the declaration to the pharmacovigilance of multiple sclerosis occurring between 1 and 2 years later.

The application of the Hill’s criteria to these data indicates that the correlation between hepatitis B vaccine and multiple sclerosis may be causal.

The first doubts regarding vaccines as a possible cause or exacerbation of multiple sclerosis (MS) were formulated by Miller more than half century ago. Hepatitis B (HB) vaccine has been the subject of greatest concern, especially in France where mass HB vaccine administration was performed in a short time.

World Health Organization is an extension of the pharmaceutical industry

In 1992, the World Health Organization (WHO) recommended undertaking a universal HB vaccination of all young infants in order to eradicate the HB virus. WHO explained that the teenagers’ vaccination could also be used in addition to or instead of the vaccination of young children in low-endemic countries.

In 1994, the French health authorities launched a national vaccination campaign of all pupils in the first year of secondary school.

The following year, HB vaccine was added to the national immunization program for all young babies and preteenagers. This intensive campaign had quickly exceeded its expected targets by also encouraging the adult population to be mass-vaccinated, whereas the vaccination of the infants remained less significant.

This resulted in an unprecedented “wave” of immunization in adults, with 20 million French individuals vaccinated against HB, concentrated in 4 years, from 1994 to 1997.

MS cases in some vaccinated adults were rapidly notified to the French national pharmacovigilance system (ANSM), triggering an investigation by this agency.

This inquiry, started in 1994, was therefore already underway when French media revealed the possible occurrence of post-immunization MS in 1998.

Several epidemiological studies have been evaluating the correlation between HB vaccination and MS in adults for a decade. Most of these publications found the absence of a link or a slightly increased risk, but not sufficiently significant on the statistical level.

However, different opinions have also been formulated. A study aiming at quantifying underreporting in Fourrier’s article was conducted by D. Costagliola on request of the French pharmacovigilance.

This unpublished study showed by the “capture-recapture” method that the real number of MS cases linked to HB vaccine was 2–2.5 higher than the officially registered number.

A Hernan’s paper, based on a case-control study in the United Kingdom within the General Practice Research Database (GPRD), found an increased risk (OR 3.1; CI 1.5–6.3) of MS within the 3 years following HB immunization.

In the same way, a French study on demyelination in childhood showed that Engérix B® vaccine administration was associated with an increased trend of confirmed MS after 3 years (OR 2.77; CI 1.23–6.24).

On these grounds, we compared temporal HB vaccine dose distribution and MS occurrence in the French population, using the official data collected by the French pharmacovigilance system (ANSM) and the national health insurance (CNAM).

The results confirmed, at the global population level, a significant correlation between the number of immunizations and both the number of MS cases declared to the pharmacovigilance system 1–2 years later and an overall increase in identified MS cases in the country.

Scientific figures available in France do show a definite statistical signal in favor of a causal link between the HB vaccine event and the apparition of MS with a maximum correlation in the 2 years following immunization.

The impact of other factors (new use of MRI, beginning of interferon-beta) is probably associated.

The weakness of this study is its retrospective nature and therefore subject to the bias of notoriety. Its strength is that it is based on indisputable official data on large numbers and during about 12 years. The appearance of a spectacular “vaccine wave” in France has remained the only one in its kind.

The intensive lobbying carried out in the years 1994–1997, led to concentrate as many vaccinated people as possible in the shortest period of time. This particularity is perhaps the explanation of the emergence of the problem of post-vaccine MS, specially recorded in this country.

The low overall frequency of this adverse effect, not measurable in most epidemiological studies, here becomes more obvious because of a kind of involuntary very large scale experiment carried out on a third of the French population.

All this is expected to require further epidemiological studies, particularly from the French health insurance data. Indeed, CNAM has information of millions of insured persons for many years that would be usable if we could easily access it.

And as far as the Australian Government is concerned it is about time to read independent scientific papers before expelling Australian nationals from work, schools and daycare centers because of refusing dangerous vaccinations.