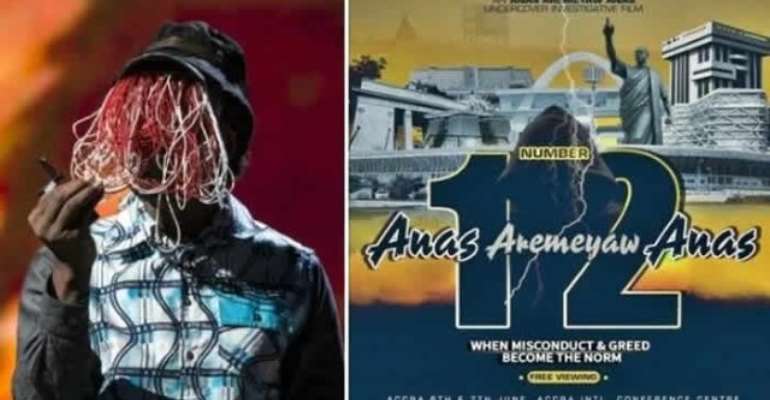 Ghanaians have taken to social media to express their eagerness to watch the explosive documentary about corruption in the football sector.

The documentary, officially titled, ‘When Greed and Corruption Become the Norm’ is known popularly as ‘ Number 12’ and it takes a sweeping look at cases of match-fixing and its effects on honest and hardworking footballers, compromised match officials.

According to a press release on the documentary, it will also show “how that [corruption at the Ghana Football Association] contributes to preventable tragedies, corruption within top national sports management and its effect on the country’s reputation on the global stage.”

Prior to today’s upcoming screening, a four-minute clip from the one-hour, thirty minutes documentary was shown to the President, Nana Akufo-Addo by Anas.

Subsequently, the Presidency revealed at a press conference that the clip shows GFA President, Kwesi Nyantakyi, using the offices of the President Nana Addo Danquah Akufo-Addo and his Vice, Mahamudu Bawumia, to extort money from people.

The President urged the Criminal Investigation Department (CID) of the Ghana Police Service to invite Mr Nyantakyi for questioning.

Mr Nyantakyi subsequently handed himself to police to assist with investigations after a charge of defrauding by false pretence was levelled against him.

There has been a longstanding perception that Mr Nyantakyi’s stay in office, which has spanned at least 13 years, is the cause of setbacks with Ghana’s football.

The documentary
Anas Aremeyaw Anas says the exposé “focused on local leagues, referees, club owners, coaches and the higher reaches of the football administration in Ghana, as well as its connection to continental and global football”.

The documentary will also explain why the senior national team, the Black Stars, missed out on the African Nations Cup and the Russia 2018 World Cup and why the local league is in tatters, where the men and women responsible would be named and shamed.

Anas says it is his expectation that documentary will kick-start an active national conversation on football “and give well-meaning Ghanaians an opportunity to help build a system that is robust”.

The following are some Facebook comments about today’s premiere.