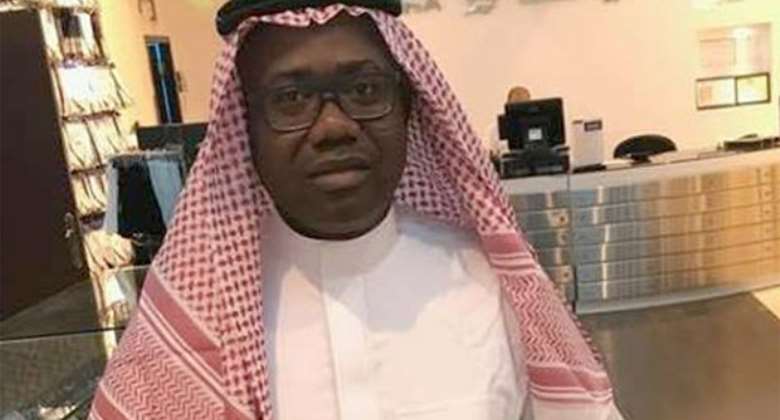 Ana Aremeyaw Anas' latest investigative piece, #12 premiered at the Accra International Conference Centre yesterday with thousands of Ghanaians from all walks of life trooping in to watch the damning video which unravelled acts of corruption in Ghana football.

The investigative piece which has caught the President of the Ghana Football Association, Kwesi Nyantakyi, in the web, covers the 2018 Commonwealth Games, 2014 World Cup in Brazil, the Ministry of Youth and Sports, GFA, the Ghana FA Cup as well the Women's league.

The work which initially focused on football matters in the country eventually strayed into political and investment matters as the GFA boss tried to convince the 'investors' who happened to be Tiger Eye agents, that he had what it takes to influence the business community in the country.

He discussed a certain $12 million deal with his 'investors', who unknown to him, were from the Tiger Eye PI – and that was how the name of the President, his Vice and some government officials came in.

Here are excerpts of the conversation between Mr. Nyantakyi and his investors:

“I know that the Chinese money is coming. It is about $2 billion. I have spoken to Anthony Karbo. He has assured me that even though the Chinese will be doing the construction of the bridges in the northern part of Ghana, the stones and chippings alone can bring about $100 million. So Anthony Karbo wants us to establish a Ghanaian company. Anthony Karbo also advised that we must make Ken Agyapong a shareholder”, Mr. Nyantakyi proposed.

“You wanted to know how I will receive the money and transmit to the President. I have a Microfinance Company. So you can move the entire $12million through it. Like I indicated, I will share the money by giving $5million to the President, $3million to the Vice President. The Highways Minister will get $2million, my boy, Anthony Karbo will take $1million, myself and Abu will share the $1million. I will settle Asenso Boakye. I will arrange a private meeting between you and the President”, the GFA boss bragged.

Loud Kennedy Agyapong
Mr. Nyantakyi also mentioned in the video that Kennedy Agyapong is “loud”, very undisciplined to be a minister but has too much money. He says Kennedy is one of the biggest financiers of the NPP but greedily want to control everything”.

GFA Rot
The investigative piece showed some high ranking members of the Ghana Football fraternity sacrificing the beauty and neutrality of the game for their own selfish and parochial gains to the detriment of the players and fans.

It also showed how some greedy match officials sold their conscience to influence the outcome of matches regardless of how badly they played.

The biggest casualty caught in the stinking deals was the GFA President who supposedly met with investors who were willing to sponsor the league and how he strategically planned to divert monies into his personal accounts.

Ibraham Sannie Daara, Spokesperson for GFA, also tookGH₵4,000 bribe to get Hearts of Oak's captain on the Black Stars senior team “So you encourage him to do his best” Daara; Tiger Eye: “Yes we are doing that”.

Sponsorship
In another part of the video, the GFA President went seeking sponsorship for the League. There was NO agent. After the deal was successful, he told investors to let him create a dummy agency in order to benefit from the deal. Meanwhile, he wanted the sponsorship money paid into his personal account.

Match Officials
Referees were also not left out as they were caught on tape taking various sums of money to influence the outcome of football matches.

The video showed that Hearts of Oaks were the biggest beneficiaries of match fixing as referees, more often than not, took different amounts of money to make sure Hearts won their matches.

It showed that assistant referees were usually paid between GH₵1000 and GH₵1,200 whilst the referees themselves took GH₵1,500 bribes

At one point, referee Dally Gagba took a bribe of GH₵1,500 to manipulate a match in favour of Hearts against their bitter rivals, Kumasi Asante Kotoko at the Baba Yara Stadium in Kumasi but ended up awarding a controversial penalty to Kotoka when hearts were leading 1-0. The game eventually ended 1-1 and Anas and his team suspected the referee took money from Kotoko as well.